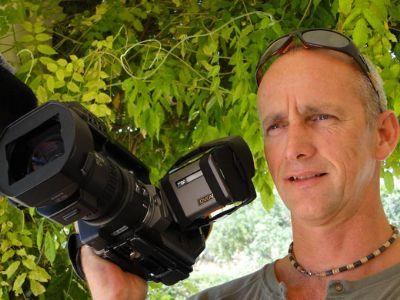 A new documentary hopes to raise awareness about the growing number of abandoned and homeless dogs in shelters throughout the Algarve.

Eric Jasper, a film maker and dog lover who lives in the Algarve, was inspired to make the documentary after visiting shelters to give food to the animals.

He decided that more needed to be done to help raise awareness of the number of homeless dogs in the Algarve.

Eric Jasper told the Algarve Resident: “Having lived here for over six years, producing videos and films, it has been my goal to find the right time and people to produce a documentary to help the shelters in the Algarve with images of their urgent situations.”

Eric Jasper and his team from One Take, the production company he founded in 2000, will be travelling throughout the Algarve visiting dog shelters and interviewing the owners.

The documentary will also feature interviews with various Câmaras and the GNR for their view of the growing problem. “People who have adopted dogs from shelters will also be featured sharing their experiences which will hopefully encourage others to do the same,” he said.

He wants the documentary to be distributed in schools throughout the Algarve as he thinks it’s important for children to be aware of the growing situation.

“I think it is important for children to be more aware of animal cruelty and the amount of dogs that are abandoned,” said Eric Jasper. “I also think images have more of an impact than words, especially for children.”

He has been planning the project since the idea was thought of a year ago. Sponsorship for the travelling costs has been given to enable the production team to travel across the Algarve to visit the shelters.

“I knew the planning of this production would be a lot of hard work but it is encouraging for us to have the travelling costs organised,” he said.

“I am looking forward to making a film about something I really care about instead of something more commercial which I have done in the past.”

A website is also in production that will also help in re-homing stray dogs.

If you would like to get involved with the production of the documentary, please contact Eric on 926 029 644. For information about One Take, please visit