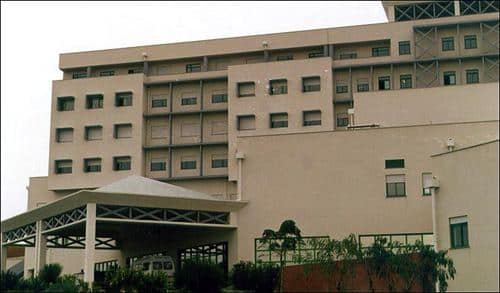 Crisis || Portugal’s health professionals are screaming to be heard by the government – a two-day nationwide doctors’ strike this week (July 8 and 9) is reported to have had 90% participation from doctors protesting against the “destruction” of the National Health Service (SNS) and “unfair working conditions”. But the government claims the figure is “impossible”, leading to confusion over the real impact of the strike.
While the National Federation of Doctors (FNAM) said 90% of doctors from the SNS participated in the first strike day on Tuesday, the Ministry of Health says the estimates are “impossible” and that the only “reliable data” about the impact of the strike will come when “we calculate this month’s salaries”.
FNAM fired back, saying the ministry could not “erase the reality of the facts” and that “many hospitals and health centres were left deserted”.
Meanwhile, around 500 doctors participated in a major demonstration in Lisbon yesterday.
In the Algarve, the Centro Hospitalar do Algarve – which includes the hospitals in Faro, Portimão and Lagos – is reported to have just performed one of the 18 surgeries scheduled for Tuesday, while only 243 of the 777 appointments were carried out, writes the Portuguese press.
Of the 527 doctors expected at the Santo António Hospital in Porto yesterday, only 251 showed up and 140 of the 170 scheduled appointments had to be postponed. At the Santa Maria Hospital in Lisbon, 32% of doctors are reported to have participated in the strike action.
Today (Wednesday), the country’s health sector was still suffering from the effects of the strike when more doctors were likely to participate, said the FNAM.