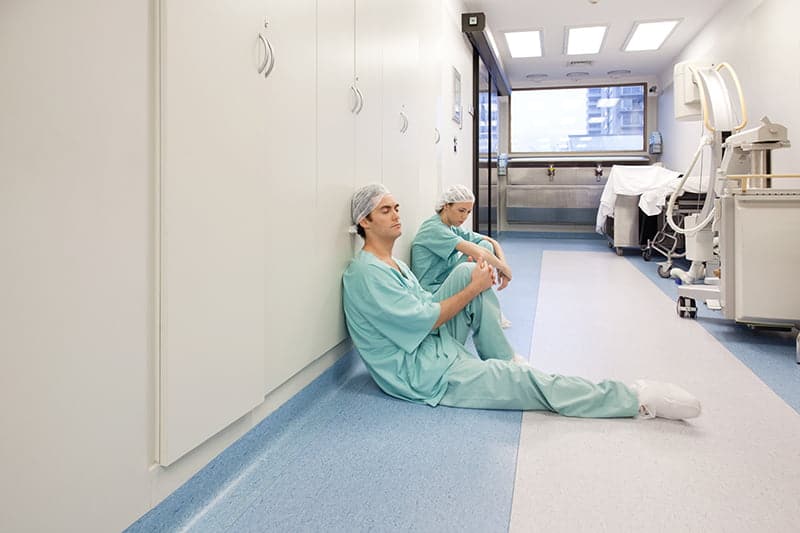 Doctors have reacted in dismay over comments made by health minister Marta Temido in parliament yesterday.

Referring to the desperate need for new health personnel at Setúbal hospital, she said that the “aspects like resilience are just as important as technical competence as these professions demand great capacity for resilience and facing stress and pressure”.

Perhaps she didn’t mean it, but her comments have been interpreted as suggesting the doctors leaving the hospital in protest over lack of conditions are not sufficiently resilient, nor able to cope with stress or pressure.

As for the 150 hour limit on ‘extraordinary hours’ expected of doctors, she made matters worse by acknowledging that such a limit “cannot possibly be respected in our health system”.

The reality, stresses Miguel Guimarães, president of the General Medical Council, is that doctors frequently have to work up to 600 extraordinary hours per year.

“Not a day goes by without thousands of extraordinary hours” being put in by medical professionals which “isn’t just bad for doctors” – in terms of wear and tear, lack of personal time – “but patients too”, as they are receiving attention from an overworked professional.

The last few months have been pitted with soundbites about doctors and nurses requesting ‘exclusion from responsibility’ (click here). This is a mechanism that exists for medical professionals who recognise they are operating under capacity.

As of yesterday, Marta Temido guaranteed that a further €7 million will be invested in Setúbal’s staffing problems beyond the €17 million that has already been invested in expanding the town’s Hospital de São Bernardo.

Whether the extra funding will go far enough is debatable. Latest details suggested the government was prepared to bring 10 new doctors in to Setúbal, when the need is “for seven times that number”, according to syndicates FNAM and SIM (click here).