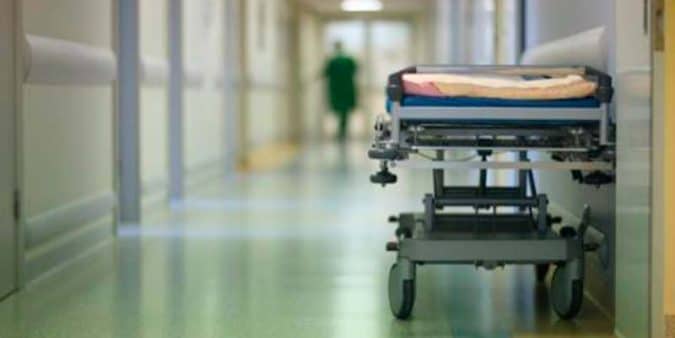 Doctors and pharmacists have put their names to an Open Letter initiative today declaring it is time to “recover the right to live”.

They contend that government’s ‘extraordinary measures of confinement’ and more in the name of combatting ‘the pandemic’ are no longer justified.

Indeed the weekend measures clearly have no effect on rising case numbers.

Covid-19 cannot even be described as a pandemic anymore. It is ‘endemic’ – a disease we all need to learn to live with.

Thanks to the results of mass-vaccination, the link between infections and hospitalisations and deaths has been broken.

Talking on RTP 3 this morning, pneumologist Dr Agostinho Marques stressed the focus on Covid has ignored other serious life-threatening conditions in Portugal to the extent that people with ‘very advanced cancers’ are currently waiting for their first appointments with a physician.

It is time to look at Covid-19 “with different eyes”, he said.

The Open Letter to which he has subscribed stresses that if the country is to continue shackled by measures of confinement the end result will be “much more serious effects on society”.

The letter – which has united big names in national health, including the president of the Order of Pharmacists Ana Paula Martins and pathologist Germano de Sousa – explains that the incidence of infection between those who have completed their vaccines has plummeted to 0.01%.

“It is not reasonable to combat the current situation – which is no longer a pandemic but endemic – with sanitary measures, the efficacy of which is being challenged by several prestigious investigators” who believe the measures are “actually worse for society and the common good than the illness itself”.

Bottom line: the risk of dying in Portugal now from an illness that is not Covid-19 is increasing. It is time to get back to dealing with those illnesses, which Dr Marques outlined as cancers, diabetes, chronic pulmonary disease, heart disease, etc.

And the urgency is for the government to finally understand this.

It is not through want of alerts. This is a message that has been trying to get through for some time now.

RTP3 news this morning has heard from epidemioligist Elizabete Ramos saying very much the same, as well as public health Dr Jorge Torgal – who appealed to national media to stop giving out the negative (and mistaken) narrative of the government.

As the Open Letter warns the “enormous detrimental potential” of continuing with restrictions has to be understood.

The signatories recommend instead that vaccination efforts be accelerated, “simplifying the process” by using ‘agents of civilian society’ in pharmacies and so freeing up health centre personnel to return to treating other patients.

They also defend the ‘perfection of epidemiological vigilance’ – which they dub “unsuccessful” this far in Portugal.

Concerns are that if the very real fears and concerns of doctors are not taken on board, the results in terms of life-threatening illnesses and mortality will be “disastrous”.

The letter comes in the context of decisions by the Council of Ministers’ to tighten controls in further boroughs  of the country, leaving the Algarve hidebound by restrictions at the height of an already dismal summer season in terms of economic return.

Delivering the latest hammer blows to civilian society yesterday, minister of the presidency Mariana Vieira da Silva warned that ‘more profound measures’ could result from the next meeting with experts at Infarmed, scheduled for July 27 (click here).

Today’s Open Letter suggests this is the exact opposite of what is needed.