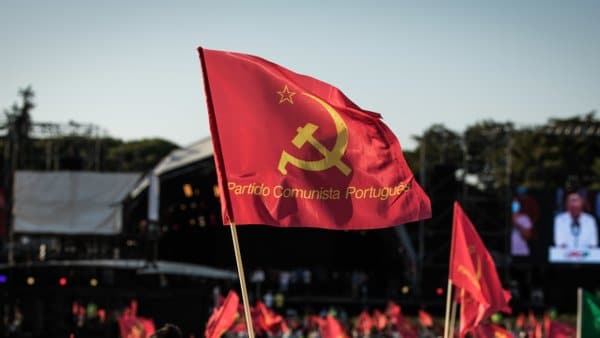 PCP communists – the minority party that with PAN, helped get the government’s last budget through parliament – are warning of new storm clouds ahead.

Says Expresso, they predict a ‘dangerous May’: a moment when people’s ‘discontent could pass to despair’.

PCP does not share the government’s optimism about the summer, says Expresso, nor its estimation of the effects of the crisis. The communists see May as the moment when PS Socialists will either ‘win the year’ or lose it completely.

Too many companies are in trouble, relying on lay-off and the moratorium on bank loans. “The measures announced by the government fall short of what is needed by those who are without jobs, or who run micro, mini or medium-sized businesses”, says the party.

It is not alone. Bloco de Esquerda – once one of the PS allies in government, now a strident critic – is equally adamant that something has to be done to support people, particularly as the new AERT subsidy (standing for extraordinary income support) does not seem to be getting to the people who need it.

PAN too is concerned, saying there has to be a “revision” of government support “to make sure no-one is left behind”. The bulk of current measures, says Inês Sousa Real – tipped to lead the party when its first MP André Silva steps down – boil down simply to delaying fiscal obligations.

A parliamentary source has suggested “there is margin (in the budget) to respond to needs, particularly if those needs require temporary solutions”. But this far the Finance ministry has been very quiet.