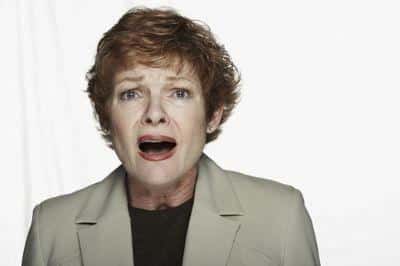 I wish I could explain why the very sound of this word turns my knees to jelly. It’s totally irrational, but whenever I hear it, it renders me speechless.

This harmless word in the Portuguese language means nothing more than “Speak!”, but it seems to be delivered with an aggression that can only be attributed to the highwayman’s “Stand and Deliver!” and I almost faint at the sound of it.

I’m perfectly okay with “Olha!”, “Look!”, and “Escuta!”, “Listen!”, because these similar commands are part of our everyday life, especially when threatening to relieve the kids of their mobile phones if they don’t tidy their bedrooms.  But “Diga!” frightens the living daylights out of me, even though I know it is only a polite way of saying “Yes?  Can I help you?  What would you like to say?”

However, “Diga” I must, and the whole purpose of ploughing my way through all this grammar is to speak the language, so I’ve awarded myself a holiday from verbs, prepositions and pronouns to practice my vocal skills for a while.  Like most women, I have a daily quota of words which must be spoken before bedtime.  And like most men, my husband has selective hearing, so I can chat away to myself in the secure knowledge that no-one is listening.

Pronunciation is the key.  Welcome to the world of phonetics, because here in Portugal you say what you see.  Gone are the difficulties that English presents to those learning it as a second language as they wrestle with ‘cough, rough, through and though’.  How complicated is that?  ‘Shirt, hurt;  while, dial;  no, know, sew, mow;  I, buy, sigh, lie;  would, wood;  one, won;  sort, caught;  clause, claws’.  Somebody stop me, please!  The list is endless, and my heart goes out to our foreigners.  Portuguese is a dream by comparison.  Our cheery ‘ciao!’ is spelt ‘tchau’!  What could be simpler?

There are some alien sounds, of course, and you have to re-learn your vowels as these differ from ours.  You have to practice rolling your ‘rrrs’, and dropping your ‘aitches’, not easy for someone who comes from Harrogate.  There are plenty of accents and squiggles, funny hats and curly tails to get used to as well, but once you’ve got over these little foibles, the rest is plain sailing. I wish!!

For some reason, I’d got it into my head that the general rule of thumb is to stress the penultimate syllable of a word when speaking Portuguese.  Not unlike English actually – apartment versus apartamento – and so I went about my daily chat using this as my guide.  It wasn’t until Professor Guida came into my life some months ago that I realised this rule applies to words that end in a vowel and while many of them do, there are many that don’t.  Words ending in ‘r’, which all verbs in their infinitive form do (and there are hundreds, believe me!), switch the stress to the last syllable.

This is all very well, but can cause confusion when differentiating between, for example, falar, ‘to speak’, and fala ‘you speak’.  I’ve stopped worrying about words that end in ‘l’ and ‘m’ because they’re a law unto themselves and I invariably get them wrong.  Nobody seems to mind.

Good news is that the hard and soft ‘c’ follow the same pattern as English, and there’s a friendly little tail to highlight the exceptions, such as casa versus praça.  Similarly the hard and soft ‘g’, but no squiggles.  Garagem is a classic example.  Remember to hold your nose when you say it.

There’s no such thing as our silent ‘p’ – say it as you see it, and I’m seriously hoping I don’t have to buy new tyres for the car for a year or two.  Pneus.  Try it.  It sounds really weird.

The tipsy ‘s’ and the sloshed ‘x’ still make me giggle and it’s essential to have a large brandy standing by to help you turn todos os dias into “toodoosh oosh deeyash”, peixe into “paysh” and lixo into “leeshoo”.  It’s well worth the hangover.  You don’t need to get legless to order a taxi however, which rather defeats the object.

Everyone has a confidence zone, and mine is the butcher.  Don’t laugh!  I can order my duas costeletas de porco, um frango inteiro, e meio kilo de carne moída like a native.  But one day the butcher said “Diga!” rather than his usual “Faz favor?”  My mouth went dry, my chin dropped to within an inch of the floor, and I couldn’t utter a word. To my utmost embarrassment, I left without purchasing so much as a chicken wing.

Speaking the language, or in my case trying to, is great fun, but I do get a bit disheartened when the English-speaking Portuguese query my every request with such incredulity.  “Duas meias de leite, faz favor” I say.  “You mean you want two white coffees??!!” comes the reply.

I was in a mobile phone shop recently and the assistant indicated that she didn’t really speak any English.  Não tem problema!  A perfect opportunity for me to practice my Portuguese, so I launched into a somewhat halting and convoluted explanation of my situation which seemed to go on forever.  I was aware of impatient customers behind me as they did nothing to stifle their yawns, but I ploughed on undeterred.  I was on a roll!

At the end of my soliloquy, there was a long pause before the assistant, whose expression had never changed, finally said in perfect English, “You’re telling me you want to buy a cheap, easy-to-use phone for your husband, to replace the one that was stolen, keep his original number and transfer the balance?”  I didn’t know whether to kiss her or punch her on the nose.

Algarve-speak has its own idiosyncrasies and there’s a strong temptation to fall into the same bad habits, such as dropping the beginning and ending of some words.  Why say obrigada when you can say brigad?  Guida goes ballistic when I do this and absolutely insists I “speak properly”.  She sounds just like my mother and therefore must be obeyed.  What I get up to behind her back is my own affair.

Slowly but surely my confidence grows and my inhibitions diminish.  I popped into the hairdresser’s yesterday and the receptionist said “Diga!”  Guess what?  I didn’t bat an eyelid!  There’s hope for me yet.