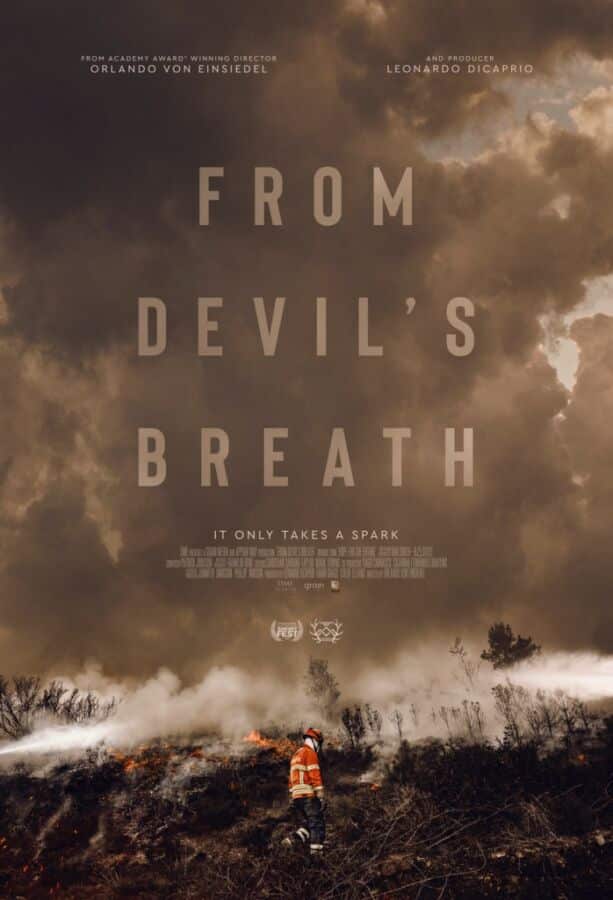 “From Devil’s Breath” is a 40-minute documentary short film.

The documentary “From Devil’s Breath” by Orlando Von Einsiedel, produced by Leonardo DiCaprio, which addresses the great fire of 2017 in Pedrógão Grande, is being shown this weekend in Loulé and other Portuguese locations, revealed Cinemas NOS.

The tickets have “a symbolic cost of five euros, and part of the revenue will be donated to a reforestation project to be selected by Casa do Impacto”, an innovation hub promoted by Santa Casa da Misericórdia de Lisboa, said the film distributor.

“From Devil’s Breath” is a 40-minute documentary short film that tells the story of survivors of the great fire in Pedrógão Grande in the summer of 2017, which killed 66 people.

The recordings for the documentary took place in early 2020 and portray the story of Nádia Piazza, who lost her son and was president of the Pedrógão Grande Fire Victims Association. It also tells the story of one of the seriously injured, Vítor Neves, of firefighter Sérgio Lourenço and Sofia Carmo, promoter of reforestation projects in the affected area, said journalist Tiago Carrasco to Lusa in 2021.

The story of the survivors and what happened in Pedrógão Grande is crossed with the work and perspective of English ecologist Thomas Crowther, working in ecosystems restoration, who was also in Pedrógão Grande and who suggests solutions to the problem, he explained.

According to the journalist, the production even considered making the film in California (United States) or Australia. However, it chose the Pedrógão Grande case “because it was so devastating, concentrated and a tragedy with a huge loss of lives”.

“From Devil’s Breath”, which has already been shown at the Palm Springs Film Festival (USA) and the United Nations Conference on Climate Change (COP26), will also be screened today on the North American channel MSNBC and is available on the Peacock streaming platform.

The film is shown as part of the documentary series “Tipping Point” by presenter Trevor Noah and production company Time Studios.

Orlando Von Einsiedel, who wrote “From Devil’s Breath”, won an Oscar for best documentary short in 2017 for the film “The White Helmets”, about volunteers of relief teams in the Syrian war.

Today’s session at the Mar Algarve Shopping starts at 21:00.