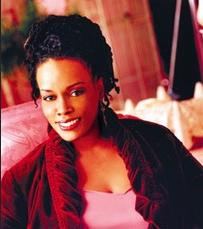 JAZZ SINGER Diane Reeves returns to Lisbon on January 25, when she will be performing her Strings Attached show at the Centro Cultural de Belém, a venue where she has enjoyed two sell-out concerts previously.

The four times Grammy winner, who most recently won an award for the soundtrack to the George Clooney film, Good Night and Good Luck, performs in Lisbon prior to going into the studio to record a new album due for release in the autumn.

Now 50, Reeves has experimented with various genres, namely rhythm and blues and pop, but jazz is her true style.

In Lisbon, Reeves will be accompanied by guitarists Russell Malone and Romero Lubambo.

For information and tickets call Centro Cultural de Belém on 213 612 400 or visit www.ccb.pt.