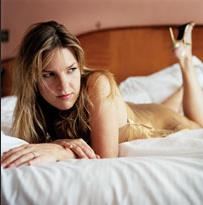 DOUBLE GRAMMY winner Diana Krall and Dee Dee Bridgewater are due to perform in Albufeira this summer as part of the Allgarve 2008 entertainment programme.

In one of the most eagerly anticipated concerts of the year, Diana Krall is due to perform at Albufeira marina on July 29.

Brazilian sensation Vanessa de Mata is due to perform at The Lake Resort in Vilamoura on August 9, while national artists Camané, Mário Laginha and David Fonseca are due to perform together at the Tivoli Almansor hotel, in Carvoeiro, on August 16.

Fado singer, Mariza, will join a host of international world music stars in a special concert in Vale do Lobo on August 29.

Due to the success of last year’s Pat Metheny and Brad Mehldau concerts in Loulé, jazz will feature greatly this year across the Algarve. Allgarve 2008 organisers are planning a series of concerts, which are due to take place in July.

The US’s Lucky Peterson will perform in Portimão on July 4 and composer and pianist Herbie Hancock, who was nominated for two Grammys this year, will take the stage at the Duarte Pacheco monument in Loulé the following evening.

Portuguese jazz musicians, Maria João and Mário Laginha, will perform on July 6 at Sagres Fort, while the US’s Dee Dee Bridgewater takes the stage on July 11 at Balaia Golf, in Albufeira.

The full Allgarve entertainment line-up is due to be announced at the Algarve Convida fair in Porto, in March. Details about ticket prices and outlets will also be unveiled soon.

Dreams in Colour is the third album by popular Portuguese singer David Fonseca and is also the theme for his concert tomorrow (Saturday)evening, at 9.30pm, at Lagos Cultural Centre.

He is well-known for singing in English and one of his best-known songs has been his cover version of Elton John’s Rocket Man, which has seen extensive airplay on national radio.

Tickets are priced at 12 euros and 10 euros for youth card holders and the elderly. For more information, please call 282 770 450.