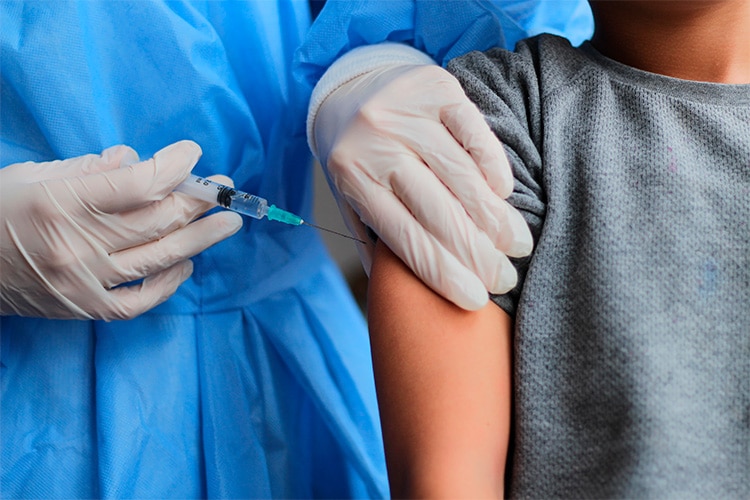 According to Público today, Portugal’s DGS health authority remains focused on encouraging 5-11 year olds to take up the offer of Covid mRNA vaccines.

As the paper explains, “only 43% of children have completed the primary vaccine scheme” which is “a long way from levels in the other age groups where vaccination is above 97%” .

“In view of these figures, the DGS has made it a priority in the Autumn-Winter campaign to complete regimens currently recommended for people aged 5-17 years (primary vaccination schedule), as well as for people over the age of 18 years (boosters)”.

In the case of 18-24 year olds, levels of vaccination hover around 54% – again, a percentage health chiefs seek to improve upon.

Said the paper, the new vaccination campaign will start on September 5. 84 vaccination centres will be “put into operation – mainly in large cities” – with 358 ‘vaccination points’ at health centres/ family health units.

Diogo Urjais, vice president of the national association of family health units, further told Público that new intervals between doses are coming. Previously, DGS guidelines allowed for 120 days between shots. This is expected to be reduced to 90 days in the Autumn campaign.

The news comes as various independent bodies have appealed to parents to think twice before vaccinating their children against Covid-19 (mainly because the risks posed by infection are so low), while the long-term consequences of mRNA vaccines are unknown.

In June, pro-children movement pelascriancasejovensnapandemia lobbied the Supreme Administrative Tribunal to take a position over mass-vaccinations “before babies are targeted”.

The movement brought news in July that a judge in Uruguay has ordered the immediate suspension of Covid-19 vaccinations for children under the age of 13, until critical information is supplied.

Meantime, Eurostat recently revealed that Portugal is not only the most vaccinated country in Europe when it comes to Covid-19; it also has the highest level of excess deaths registered, since January of 2021 (which is coincidentally the month the followed the Covid vaccine roll-out).

Added to all this, SIC television news reports that the vaccines being used are not ‘second generation’. Specialists have already stressed that original vaccines no longer provide adequate cover due to the many mutations that the virus has suffered.