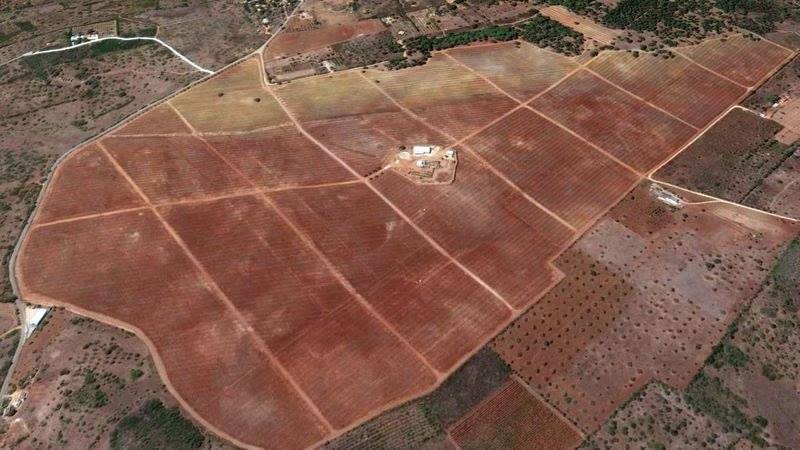 Residents battling against what they see as the annihilation of local heritage in the countryside northwest of Lagos have stepped up their battle against invading monocultures.

In a document passed to the Resident, locals claim that Silves company Frutineves has sanctioned the felling of protected cork oaks, destroyed public rights of way and altered the topography of protected REN (ecological reserve) and RAN (agricultural reserve) land in areas of Matos Brancos/ Catalão/ Ferrel which have been totally stripped of vegetation and stones.

Terra Saudável’s concern is that because the land has been purchased ‘in parcels’ and without recourse to EC loans, the project has managed to sidestep the need for an environmental impact study (required for projects exceeding 100 hectares).

The monoculture is the second major avocado plantation for an area that has never before seen this level of intensive agriculture.

In a heated meeting in July, residents were told that the 46,000 trees planned would each require 80 litres of water per day when they were mature. This translates into daily pumping of 3,600,000 litres of water – and that is before factoring in the irrigation required for the 76-hectare monoculture growing in former dryland orchards in neighbouring Barão de S. João.

Residents submitted a formal complaint to police on Wednesday, and they report that agents visited the site on Thursday.

Lagos mayor Joaquina Matos is also believed to have taken up the challenge to “see the destruction for herself” (click here) though she has consistently maintained the work “is completely legal”.

Legality, however, is not the group’s principle concern. Terra Saudável’s fears are over the “massive amounts of water” mature avocado trees will eventually be drawing from underground reserves servicing local communities, and the “toxic chemicals” that will be sprayed on and around them as fertilizers.

To that end, they hope to ‘stop the destruction’ and reach some kind of compromise with the help of the authorities that will bring in safeguards to preserve the landscape, and ultimately the environment.