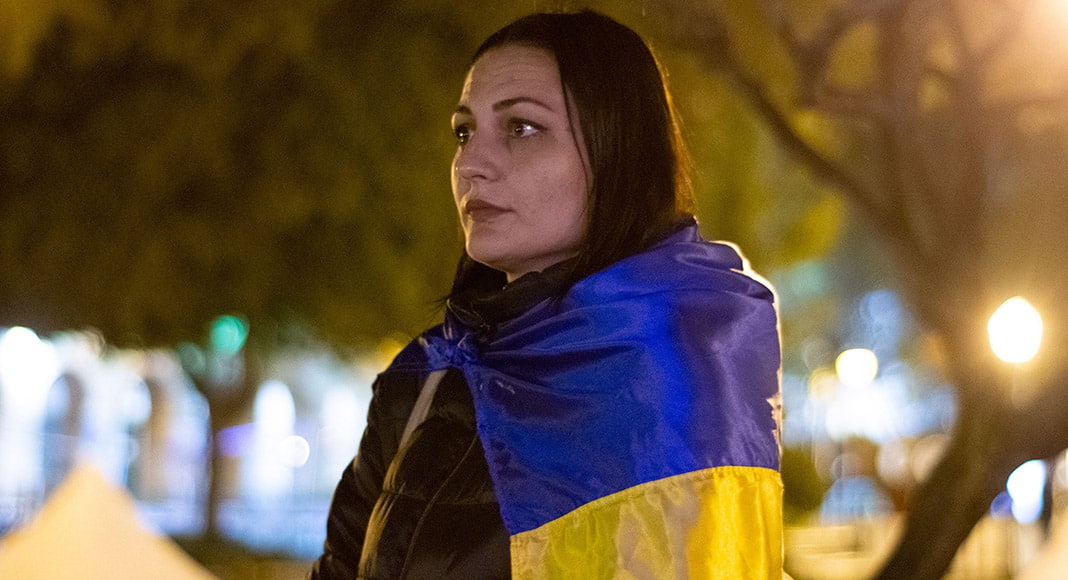 Dozens of Ukrainian citizens came together for a peace vigil in Faro on Thursday evening (February 24) following Russia’s invasion of Ukraine.

With several Portuguese citizens also attending in support of their cause, including the Mayor of Faro, Rogério Bacalhau, the bond that brings these two countries together was made as clear as ever.

Camila Nysehnko, an 18-year-old first-year student of Tourism at the University of Algarve, was born in Portugal and described herself as just as Ukrainian as she is Portuguese.

Addressing the crowd, she said the conflict is a “senseless war” and added she has family members in Ukraine who are in danger and friends who are taking up arms and joining the Ukrainian Army.

With her head held up high, she said that “Putin’s aggression must be stopped” as it also jeopardises the rest of Europe.

Faro Mayor Rogério Bacalhau attended the vigil and lamented the “failure of diplomacy”, adding that the local council is ready to help however it can.

Local councillor Sophie Matias was also in attendance, as well as Faro’s orthodox priest who apologised for the actions of the Russian government.