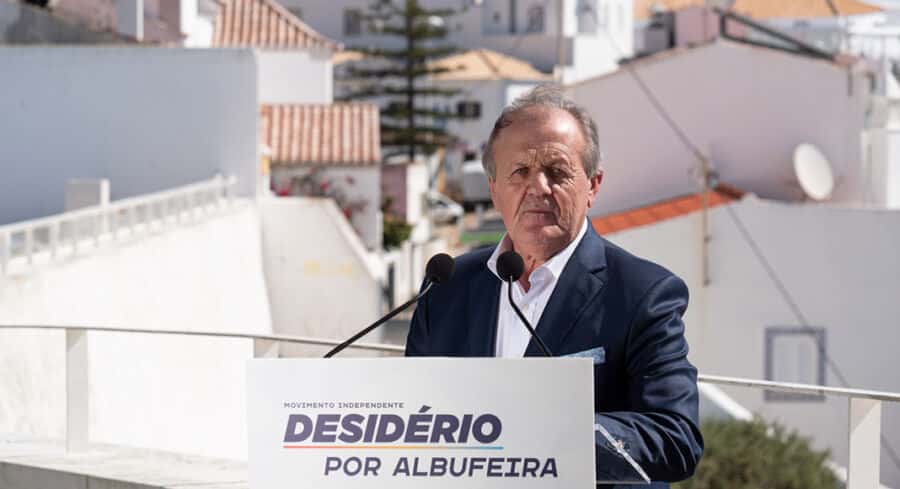 Former Albufeira mayor and Algarve tourism boss Desidério Silva has announced that he will again be running for mayor of Albufeira in this year’s local elections – a job he held for 11 years between 2001 and 2012.

Presenting his bid in Albufeira on Wednesday last week, Desidério Silva is now running as an independent candidate, which means he is not affiliated with any political party.

In his first three stints as mayor of Albufeira, Desidério Silva was elected as a candidate for the social-democratic party PSD.

“I have since been approached by several people who wanted me to return, which is why I decided to move forward with an independent project, bringing together former politicians and several other people with no political affiliations,” he told national news agency Lusa.

While he was a member of PSD for around 30 years, Desidério Silva confirmed he has cut all ties with the party in 2020.

Expressing his disappointment with the PSD’s “lack of interest in continuing to work together”, the candidate felt he “no longer identified with the PSD’s strategy of recent years”.

The 69-year-old politician says he wants to bring “something different” to Albufeira and that he feels he is now in “a stronger position to do a better job”, given the experience he has gained both as mayor of Albufeira as well as president of the regional tourism board (RTA).

He added that his ‘independent movement’, entitled ‘Movimento Independente Desidério por Albufeira’, will be running for the local council, municipal assembly and parish assemblies.

Albufeira Council is currently led by José Carlos Rolo, who took over as mayor in 2018 following the death of Carlos Silva e Sousa who had been reelected for a second term just a year prior.

Desidério Silva left his position as president of the Algarve tourism board (RTA) after losing the board’s elections to current tourism chief João Fernandes.