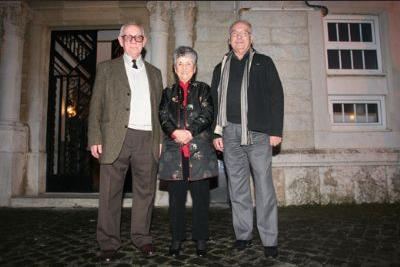 The Democrats Abroad in Portugal celebrated the US Presidential inauguration ceremony in style in Cascais last Tuesday afternoon.

Around 100 invited guests, including the Algarve Resident, and family members watched the official swearing in ceremony on a large screen set up at the Cascais Navy Mess.

“I am delighted that we have a new era. I’m an Iraqi-American and so I feel for both countries. Hopefully the next four years will prove an up-lift for America and for the whole world,” said Ibrahim Malouf, treasurer of Democrats Abroad – Portugal.

When asked if he blamed the financial crisis on a lack of vigilance by the Bush administration he said: “Absolutely. The banks were not controlled. I’m sure that he (Obama) will try his utmost to do the best for America and the rest of the world.”

Gilbert Wells, who has lived in Portugal for more than 20 years and was a lawyer in the United States, said: “Obama knows what the problems are in society. He is prepared to roll up his sleeves and do something about it.”