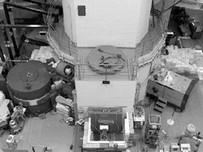 An EXPERIMENTAL nuclear reactor in Sacavém, near Lisbon, has been operating for the last 45 years without a licence (see August 11 edition of The Resident). The Ministry of the Environment has recently received countless demands for the reactor to be closed from citizens and environmental groups, who claim that there is a lack of security safety standards at the prototype establishment. The Resident’s Natasha Smith reports.

A spokesperson for the Nuclear Technology Institute, the entity in charge of the experimental reactor, confirmed that a licence to operate was granted in January 2006, and that all residues produced by the reactor are dealt with appropriately.

On February 14, 1981, the nuclear reactor was shut down after a leak had been discovered. Over 200 litres of radioactive water had escaped from the plant before the reactor was shut down. Last month, president of Loures Câmara, Carlos Teixeira, said that he wanted the reactor to be relocated, arguing that it was affecting the resident’s quality of life. If a meltdown at the reactor occurred, residents in Sacavém may be placed in direct danger and, the A1 motorway, which runs through part of the safety perimeter surrounding the reactor, sees toxic materials being transported via lorry’s on the motorway which could react with particles emitted from the reactor, and have disastrous consequences.

Previous governments were aware of the experimental reactor, but for decades much of the population, and even the Public and Atomic Energy Commission, were unaware of its existence. Inquiries were launched into the reactor’s licence and safety regulations in 2002, after the EU discovered that Portugal had a nuclear reactor. The EU demanded that an independent regulatory body should be set up to organise an operating licence, implement a system for appropriate discharge of nuclear waste, environmental monitoring plan and above all, a body to enforce these obligations.

Today, there is still no independent body to enforce the EU’s obligations, even though some have been implemented.

Modifications were made to the reactor in the late 1980’s, but since then, nothing has been structurally modified. An EU report found that emissions of hazardous waste were not quality assured or controlled and much of the equipment was obsolete. The reactor was ordered to implement a system of continuous monitoring of radioactive levels in the surrounding air, water and soil. This has recently been implemented.

In January 2005, a meeting was held to discuss the national plan for radiological and nuclear safety protection. Viega Simão, a former minister for industry and energy, raised questions in regard to the environmental ramifications of the reactor, as well as the uranium used to power it. He was concerned about how the government would eventually dispose of the degraded uranium without endangering both the Portuguese and global population. Simão wrote a report detailing the issues discussed in the meeting and presented it in February 2005.

The report highlighted the most potentially dangerous aspects of nuclear materials for the environment and the poor management of waste products. He criticised the amount of power that the directors had within the government and was reported as saying that “a country incapable of dominating technicians of an enterprise should not progress with the same enterprise, especially if it puts your population at risk”. He is still waiting for answers and comments about the report from the government.

The Green Party in Portugal, Quercus and other environmental associations are applying pressure on the government to shut the reactor down. Citizens and politicians have demanded its closure and many have joined Quercus in their criticism. The future of the nuclear reactor at Sacavém is unknown and it is uncertain whether the government will relent to the increasingly fierce pressure.