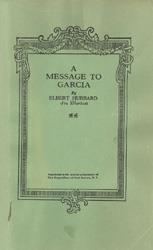 THERE ARE several wars in this world of ours. For example, between men and women who are destined to misunderstand each other, since they want different things. Another war is the one between rich and poor. A third is between those who drive a Ferrari, those who say “I shall be driving a Ferrari some day”, and those who say “you shall walk by foot, as I do, some day”.

Father António Vieira, the great Portuguese thinker of the 17th century, distinguished between two types of people – those of the ‘steps’ (passos) and those of the ‘court’ (paço). The former take a penalty kick with all their strength. The latter, face-to-face with the ball, opt for theorising about how to take a penalty kick. The former are “can do Joes”, following Nike’s slogan “Just do it”. They are those who deliver the letter to Garcia …

“When war broke between the US and Spain, the leader of the Cuban revolutionaries, General Garcia, had a base in the middle of the Cuban mountains, but nobody knew for sure where. There was no way to communicate with him whatsoever. The US President, MacKinley, had to obtain his co-operation urgently, but what to do?

MacKinley called for Rowan (an assistant to him) and gave him a letter to deliver to Garcia. Rowan took the letter and put it in his pocket. Four days later, he disembarked from a small boat on the Cuban coast and went into the wilderness. Three weeks afterwards, he appeared on the other side of the island, after having crossed a hostile country on foot and having delivered the letter to Garcia.

This is the point I wish to stress: President MacKinley gave a letter to Rowan for him to deliver to Garcia. Rowan took the letter and did not ask ‘where can I find him?’

Here is a man whose figure should be engraved in bronze and put in all the schools of the world. The youth needs neither book learning nor vague instruction on this and that, but rather to temper their nerves, be loyal, act promptly, concentrate energies and deliver the letter to Garcia.

There is no one who has not felt frustrated and demoralised on some occasions in the face of men he/she relied upon, only to find inaptitude in them and a lack of will to focus on and finish a given task.

You, dear reader, try it. Call an employee and ask them: “Please, be as kind as to check in an encyclopaedia and write a brief note on the life of Correggio.” The employee will look at you, with dumb, lifeless eyes, and throw a long list of questions such as:

– Which encyclopaedia do you recommend I look at?

– Where is the encyclopaedia?

– Are you sure you do not mean Bismarck?

– Why didn’t you ask Carlos?

– Is he already dead?

– Shall I bring the encyclopaedia for you to take a look?

– When I started working here, I thought you would be giving me different types of tasks …

Recently, I did hear statements of sympathy for those who are unemployed looking for an honest job. However, nobody mentioned the boss who ages before time, trying in vain that his/her employees perform a diligent and intelligent job, in a daily struggle against those who do absolutely nothing as soon as he/she turns the back on them.

Every shop, every company, is constantly depurating itself from the bad elements. The boss, in order for business to prosper, must let some staff go and hire new ones. The incompetent and unworthy will always be asked to leave. It is in the boss’s own interest to keep the best, those who can deliver the letter to Garcia.

Did I express myself too harshly? Perhaps. But while most show pity for those who fail, my sympathy goes to those who prevail, against all odds, those who make things happen.

To the people who, when given a letter to Garcia, obediently take it, ask no unnecessary questions and just deliver it. They  will never be without a job and need not go on strike to ask for a better salary. My heart is with this type of person. It is these people that civilisation needs and through whom progress is made.”

Moral of the history?

First: this is the explanation for the failure of communism. Asks E. Hubbard: “If men lack diligence, what will they do when benefits are to be shared by all?” Answer: very little as M. Tatcher put it: “There were two systems and two results. It is not with impunity that one ignores human nature.”

Second: between progress and misery stand only those who, every single day, make a point of being not part of the problem, not even of the landscape, but of the solution. Their daily motto is “if there is a will there is a way”. They follow the marines as they say “nothing will happen during my watch”. And they understand what Lord Nelson transmitted to the British sailors of Trafalgar: “Great Britain expects that each one will do his duty.”

Military? No. Neither military nor civilian. Just a fundamental attitude to life. These people are the true heroes of civilisation, anonymous or well known, rich or poor, bosses or employees, because they assure that every single day will bring progress. By delivering the letter to Garcia, these men are those the Bible has in mind when it says: “By their fruits, you shall recognise them” (Mateus 7:16).