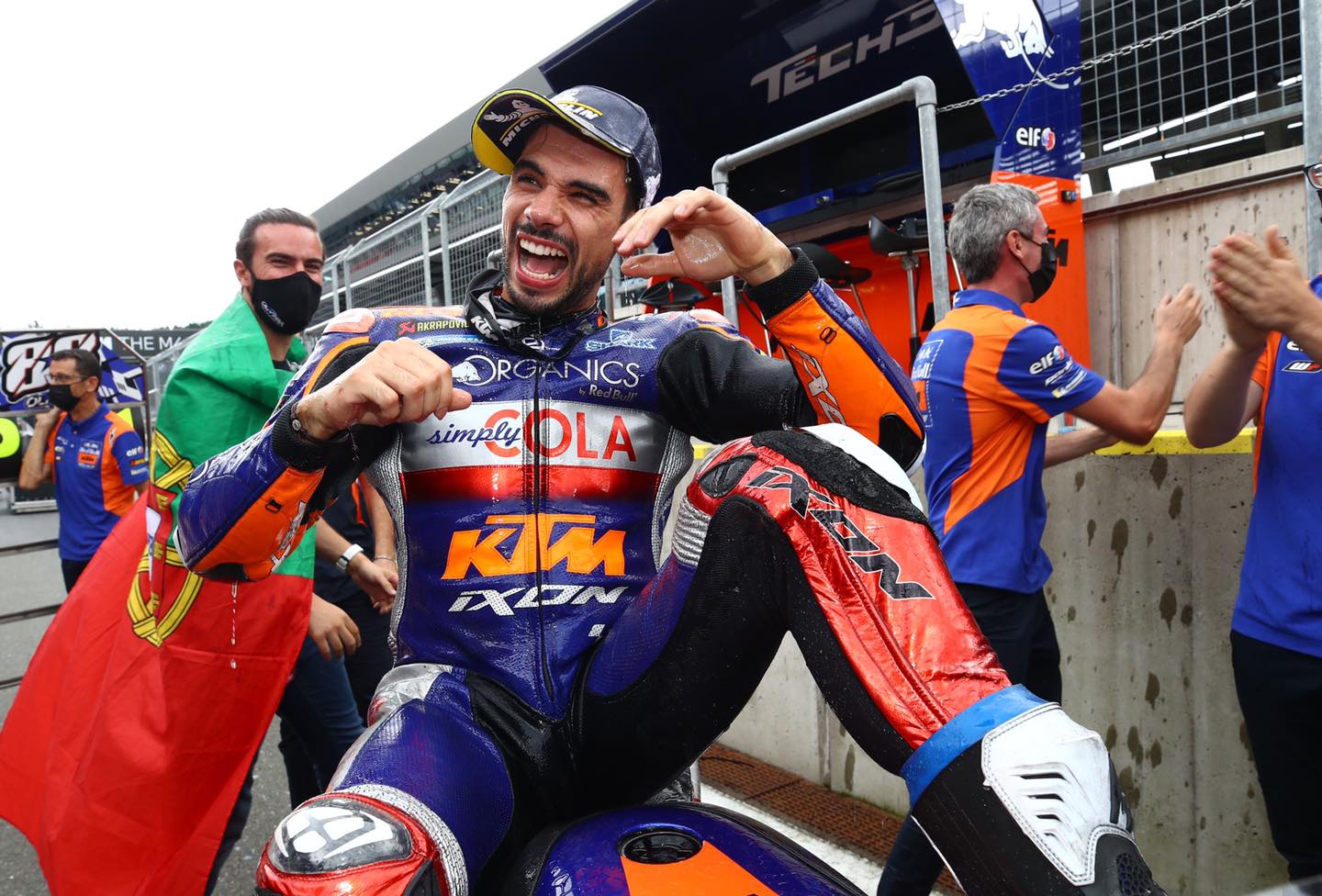 There has been absolute delight today as Portuguese ‘boy racer’ Miguel Oliveira snatched an amazing MotoGP victory – the first ever for a Portuguese rider – on the final curve.

The race in Spielberg, Austria, was the 5th Grand Prix in the championships that will be coming to the Algarve in November.

As all reports explain, Oliveira started out in 7th place and managed to move into 3rd towards the end. Then, when everything seemed ‘against him’ gaining any further ground, the riders ahead of him ran wide on last lap, and Oliveira took his chance.

President Marcelo has already congratulated the young professional on “an extraordinary feat”, saying he hopes the victory is repeated in Portugal in what will be the last race of this year’s championships at the Algarve International Autodrome in Portimão on November 22.

João Paulo Rebelo, Secretary of State for Youth and Sport, has gone even further – saying the result “fills the country and national motorcycle racing with pride”.

This was Oliveira’s ‘maiden’ MotoGP on a bike that Rebelo described as “not factory only”, “confirming what we have all known for a long time: Miguel Oliveira is an extraordinary racer”.

Oliveira – whose father bought him his first quad bike at the age of just four – is riding for French-based  Red Bull KTM Tech3 which has also never had a MotoGP win in its 40 year history.

The team has posted victory pictures on its Facebook page, with the words: “Words cannot describe it”.