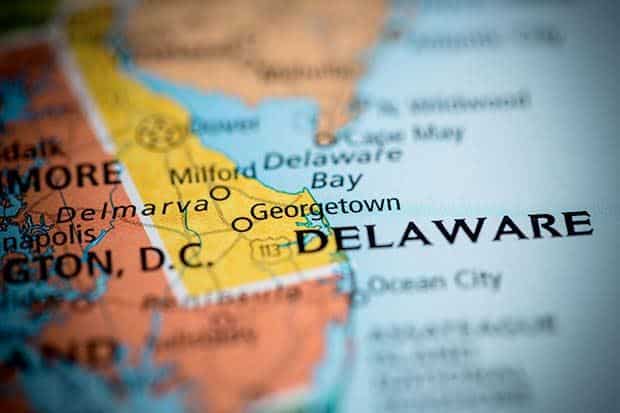 Recent speculation that Delaware may have been blacklisted by the EU caused a great deal of concern amongst Algarve property owners whose properties are held in Delaware companies. Now that the list has been published, with no mention of Delaware, the Algarve Resident requested clarification of the current situation from both euroFinesco and The Sovereign Group.

Newly-arrived property owners in the Algarve may be unaware that in the early 2000s several legislative changes were enacted in Portugal as part of general anti-tax avoidance measures in keeping with those initiatives started by the OECD and EU, etc.

Many existing owners will recall the rather short notice they received that their properties, held in various corporate entities such as Jersey, Guernsey and Gibraltar, which all appeared on the Portuguese Finance Ministry blacklist of jurisdictions offering preferential tax treatment, were under attack as part of the changes, the result being increased taxes in the form of their annual municipal tax (IMI).

To start with, the increase was not dramatic and many simply accepted the situation, but successive government budgets increased the tax rates to a level that became unacceptable. This caused a flight of those “black” companies to safer, so-called “whitelisted” locations, a process called re-domiciliation. One of the favourite choices was a move to Delaware, USA as it was a more cost-effective solution than other options.

Delaware appeared acceptable, certainly to the local tax departments and, of course, the USA was not blacklisted. This has remained the case until recent publicity appeared, claiming that the USA itself may become blacklisted by the EU in its own proposed “blacklist” and, consequently, this caused much consternation and fear amongst those property owners who had already moved to Delaware.

Never say never but Sovereign’s view was that this publicity was based on pure conjecture and the likelihood of the EU attacking the US by blacklisting it was highly improbable. The EU blacklist has now been published and, as expected, there is no mention of the US, so Delaware property owners can rest easy and have a peaceful Christmas!

It is worth pointing out anyway that the EU blacklist is based on totally different principals and methodology to the blacklist here in Portugal and, with Portugal having recently removed the Isle of Man, Jersey and Uruguay from its list, inclusion of the USA would seem most unlikely, certainly at this stage.

Nigel Anteney-Hoare is managing director of the Sovereign Group in Portugal.
www.sovereigngroup.com

However, when contrasting the revelations in the Paradise and Panama Papers about international tax schemes, exposing some of the intricate ways that the world’s wealthy use to evade tax through offshore havens, it quickly becomes apparent that the EU has chosen to target countries with little economic or political weight.

By limiting condemnation to finger-pointing at jurisdictions on the fringe of the global economy, the accusations are an overt diversion from a much darker reality. The blacklist does not include a single western nation, even though the brains and much of the infrastructure that guides global tax avoidance originate in the EU and the United States.

Another 47 jurisdictions make up a “grey list” of countries that are not as yet compliant with the standards demanded by the European Union. The EU Commission promises to monitor fiscal procedures until they prove fully compliant.

Conspicuously missing from the Grey List are EU members such as Luxembourg, Holland, Ireland and Malta as well as any states in the US.

The issue of tax avoidance is not going away. Corporations and wealthy elites are totally addicted. The amounts involved are staggering. “BEPS” (base erosion and profit shifting) runs into the tens of trillions of US dollars every year.

Estimates exceed US$500 billion in lost tax revenues worldwide. Many tax havens, as comparatively small countries, will resist genuine change, as a decent standard of living cannot readily be provided by tourism, agriculture and fishing.

Alex Cobham, chief executive of the Tax Justice Network, said: “The EU has today missed a great opportunity to tackle the real issues lying behind the large-scale tax avoidance and tax evasion that is bleeding EU countries dry. Rather than have a list of tax havens based on an objective set of criteria, as originally envisaged, the list appears to be a political fix with EU members picking their least favourite countries to name and shame. The result of the flawed blacklisting process is a politically led list that includes only the economically weak and politically unconnected. The list is hard to take seriously.”

Following the release of the first blacklist, we do not anticipate immediate change in the treatment of “white-listed” offshore companies in Portugal. We are relieved that company owners can avoid a stampede that would only bring chaos and complications to everyone.

However, we continue to believe that everyone should remain mindful of the “handwriting on the wall”. Because the initial attempt failed to produce a purposeful outcome, the issue is not going away. Moving from an offshore company to a Portuguese structure remains an attractive solution.

Whitewash instead of Blacklist

There has never been any doubt as to whether or not Delaware should be “blacklisted”. The US’s refusal to sign up for information sharing under the Common Reporting Standard, failure to identify beneficial owners of trusts and shell companies, sweetheart tax deals for non-residents, all would be sufficient grounds for reprimand or sanctions for any other country.

The question has always been: Is the US too big and too powerful for the EU to condemn duplicitous practices for which even some of its own members also bear guilt? Be sure of one thing: the threat does not come from the likes of Palau or Samoa (even if you know where they are!). For the time being, “might makes right”.

However, because the EU commission has fallen short on the first try does not mean that a more courageous approach will not prevail in the future. Let’s hope that we can reach a better solution than simply “beating up on the little guy”.