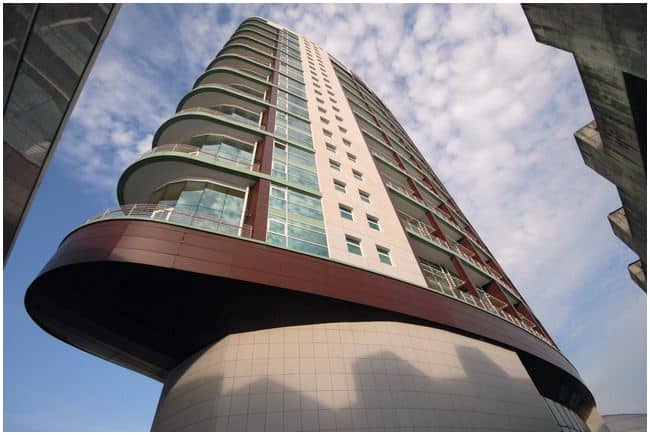 The Chinese parents who were out at Lisbon casino as their five year old daughter plunged 21-storeys to her death have been released from jail on the condition that neither of them leaves the country.

Described as “millionaires” whose purchase of a luxury apartment in exclusive Torre São Rafael at Parque das Nações won them “golden” residency visas, the couple was taken into custody on Friday as PJ police gathered evidence on their daughter’s tragic final moments.

According to national tabloid Correio da Manhã, the pair is cited for the crime of “exposition and abandonment” – which when it is causes death can carry a maximum jail term of 10 years.

But through an interpreter, the parents are said to be contesting the charge, saying they believed their daughter was safe.

Released on Saturday afternoon, the way ahead now is unclear.

CM explains “it will be a difficult task” for the investigation to prove that the parents “could have foreseen their daughter’s death when they left her”, even though their behaviour was morally reprehensible.

CM claims neither parent speaks Portuguese, and that the family only arrived in Portugal two weeks ago.

The father is understood to have a top job at Chinese investment bank State Grid, which owns a 25% share in Portugal’s energy network REN.

He and his wife decided to “enjoy themselves” at the Casino Lisboa, said the paper, after their daughter had gone to sleep.

They left their apartment at around midnight, and “thought the child would not wake up”.

Even if she had, CM added, the parents did not think for a moment that their daughter would realise that they were absent.

But this is what appears to have happened. A neighbour is quoted as having heard “the child screaming, and doors banging.

“Then there was silence”.

The parents came home around 3pm, said the paper, and it was shortly after this that they realised their daughter was not in her room.

They then saw the veranda door open, and going out onto their terrace, looked down to shape 80 metres below on a street-level terrace at the back of the apartment building.

The parents sounded the alarm at 3.37am.