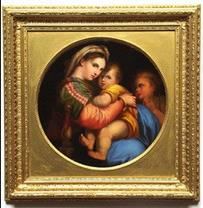 SUCCESSION TAX was abolished by the Portuguese legislator and replaced by Stamp Duty with effect from January 2004. However, this does not mean that the beneficiaries of an estate do not have anything to declare or pay to the tax authorities.

Stamp Duty: who pays the tax?

The estate of the deceased is liable to pay any tax due. The estate is represented by the ‘head of household’ (or cabeça de casal). The head of household is the administrator of the estate and this position, according to the law, is occupied by the following people in order of preference:

• The executor appointed in the will,

• Relatives who inherit, including adopted persons or

• Heirs appointed in the will.

If there is more than one relative, the closest relative will be appointed. If there is more than one person in this situation, the eldest relative will be the head of household. The tax will, therefore, be paid by the estate before it is distributed to the heirs. In the case of legatees (those who receive specific gifts under a will), each legatee will pay the proportion of tax owed on the assets he/she has received.

How does one inform the tax department of the death?

The head of household has the obligation to inform the tax department (Finanças) of the death. A form has to be filled in which it identifies the deceased, with an indication of the date and place of death, the identification of the heirs, their relation to the deceased and proof thereof (such as birth or marriage certificates) and a list of the deceased’s assets with their respective value. This should be done by the third month after the date of death.

The amount of tax that will be due (if any) is then determined by the tax department, based on the information provided by the head of household. The rate of the tax is always 10 per cent. If the amount payable is greater than 1,000 euros, then it is possible to request payment by installments, up to a maximum of 10 installments, and with a minimum value of 200 euros per installment.

Are there any other taxes due?

IMT (Municipal Transfer Tax) may be levied on transfers upon death, together with the stamp duty mentioned above, when a beneficiary receives an immoveable asset whose value is greater than his quota share in the estate. For example, if the beneficiary is entitled to 50,000 euros and receives a property worth 80,000 euros, he/she must pay IMT on the 30,000 euros difference.

Who is exempt from Stamp Duty?

The exemption from Stamp Duty applies to the deceased’s surviving spouse, children and grandchildren, parents and grandparents. The common law spouse is still liable to pay tax. Other entities that are exempt include the State, local authorities and certain charitable institutions.

Which assets are exempt from Stamp Duty?

Also, it is important to note that from a geographical perspective, only assets located in Portugal are subject to Stamp Duty here. If the assets are located overseas, it is the law of that country that will define what tax, if any, will be levied.

What value is declared for an asset?

The rules determining the value of an asset vary according to whether it is a moveable or immoveable asset.

Usually, the value will be either the market value of the asset, or the value declared by the head of household, whichever is higher. However, there are special rules applicable to certain assets, such as cars and other means of transport, works of art, gold for investment and stocks and shares.