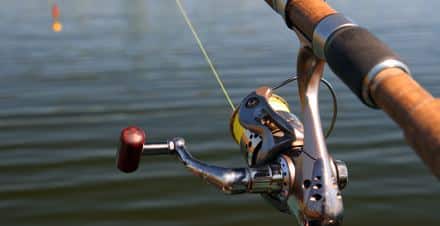 Recreational fishing could be banned in the Sotavento (Eastern Algarve) during daytime if suggested changes to the Vilamoura-Vila Real de Santo António POOC (coastal plan) are implemented.

So says Algarve MP João Vasconcelos, who has questioned the government on what is happening.

Vasconcelos told the Resident that the plan was “suggested” by Portugal’s environmental agency (APA) in 2014, but only discussed publically at the end of last year.

“It’s another idea from the heads of those people at APA, and I’m still not sure what the real reasons behind it are,” he said.

As Vasconcelos explained, sport fishing associations are against a ban, saying it will have a lot of “negative impacts”.

First, it will make more people fish at night, which is “more dangerous”, while some might stop fishing altogether leaving fishing tackle suppliers with less business.

Associations also fear the move would push sport fishing to the central and western areas of the Algarve, where beaches are “narrower” and therefore “not as safe”.

ARPDA, the region’s sport fishing association, has warned that the Eastern Algarve hosts many fishing competitions – some attracting enthusiasts from all over the world. These would obviously be jeopardised with any rules affecting daytime fishing.

ARPDA claims rules in place are adequate and allow “tourism activity and sport/recreational fishing to coexist” and bring “international attention to Portugal and the Algarve”.

The Resident will update this story when more information becomes available.