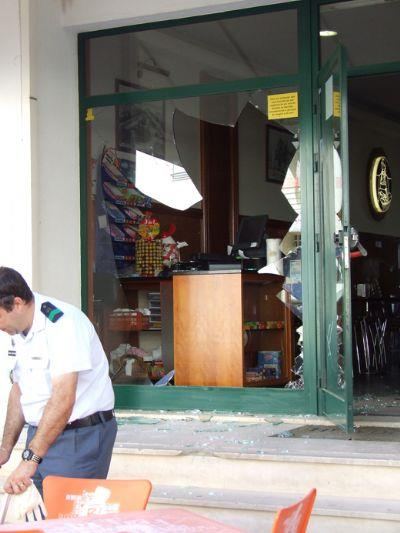 Police are investigating a robbery at Helydoce Pastelaria in Lagoa after thieves smashed a window and stole a cigarette machine and cash from the till in the early hours of Tuesday morning, June 16.

The alarm was raised by residents living above the café, popular with foreign residents and Portuguese clients, at approximately 5am after the sound of breaking glass was heard.

Helder Simóes of Helydoce told the Algarve Resident: “Someone heard the noise and called the police but nobody saw anything. We think that thieves entered the café after they broke the glass next to the front door”

He added: “Nobody saw anything so we don’t not know who was involved in the robbery or how many people were part of it but it is believed the whole event lasted less than five minutes.”

The pastelaria located on Rua Francisco Sá Carneiro, next to the Donkey Sanctuary charity shop, is known locally for its fresh cakes and breads and staff were already preparing to reopen the café as soon as the Police had finished with the scene.

Police were at the scene on Tuesday morning dusting for fingerprints and interviewing employees as part of their investigation into the robbery. At the time the Algarve Resident went to press, no arrests had been made.