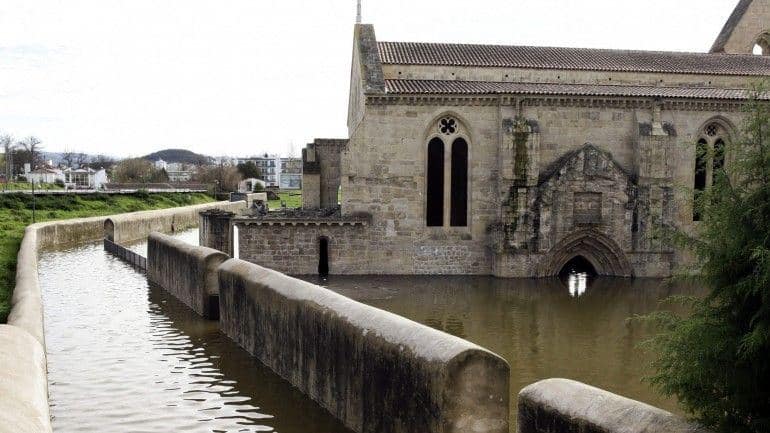 A preliminary evaluation of damages caused by last week’s flooding in Coimbra suggests damages to the Mosteiro de Santa Clara-a-Velha will come to at least €400,000. A week on from the storms that assailed the north of the country, the 700-year-old monument is still partially submerged and obviously closed to visitors. Regional director of culture Celeste Amaro has said it could take months to restore the building.

But she has been quite clear as to who will be paying the final bill: EDP who is responsible for the nearby Aguieira dam whose discharges of water during the heavy rains sparked the floods, writes national tabloid Correio da Manhã.

The monastery is just one of the many ‘victims’ of Coimbra’s terrible weather over January 12.

Amaro told CM that not long ago the State spent €16 million repairing the monastery. “After spending so much money, all we have are bits of wood floating here and there”, she said.