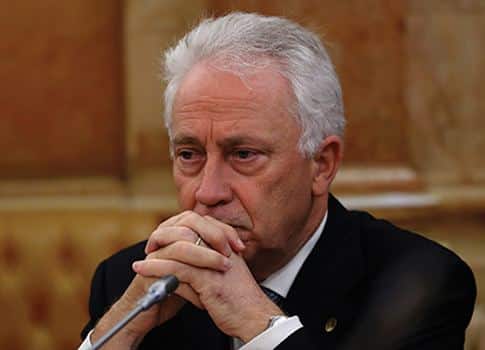 Following a swingeing verbal attack from prime minister António Costa, small investors ruined in the BES debacle are piling the heat on the Bank of Portugal, threatening new protests unless the regulator ‘gets moving’.

At issue are negotiations to agree a resolution for all those who invested in Espírito Santo group commercial paper – which went on to be consigned to the ‘bad bank’ following BES’ collapse.

Right now, all parties involved in the process are ready to go, but BdP has been ‘dragging its heels’ – in a loose-translation of the words of António Costa – perpetuating the agony of people already hanging in limbo.

AIEPC, the so-called association of the ‘indignant and duped’, has given BdP until March 1 as the deadline date for governor Carlos Costa to act.

“This is fundamental for the good sale of Novo Banco”, the association’s campaigning president Ricardo Ângelo told reporters – stressing that BdP’s actions could be seen as trying to stop everyday citizens from seeking justice.

As Económico website explains, the pressure on Carlos Costa is getting intense. He is “hedged in on all sides” with the PS and Bloco Esquerda today demanding the release of what they call a “secret report into his handling of the BES resolution”.

The document allegedly shows “a serious failing” in supervision – which is meant to be the essence of the role of the Bank of Portugal.

Questions on whether Costa should remain in his job are now ever-present, with António Costa (no relation) repeating his criticisms of yesterday once again in Brussels.

Coming out of a meeting with EC president Jean-Claude Juncker, Costa said it is “absolutely necessary to assure the rights of citizens” who have shown “notable patience” for months while “families have been living dramatic situations” due to having lost “the savings of a lifetime”.

But as criticism of Carlos Costa escalates, Ricardo Ângelo has revealed that damaged investors are poised to present two new legal challenges over the bank’s regulatory decisions’.

The first will go in this month and is basically the “renewal of an embargo” demanding that the Bank “informs buyers (of Novo Banco) that the bank has a debt” to commercial paper holders – and the second seeks to “annul the December 29 resolution that sent five senior bonds from Novo Banco to ‘recapitalise’ BES”.

The now-infamous ‘bond dump’ sent shockwaves through the financial world, and has been lambasted on the international stage.

As the PS parliamentary leader Carlos César has stressed, Portuguese people “have a certain lack of confidence, or at least have a weak evaluation” of the country’s central bank.