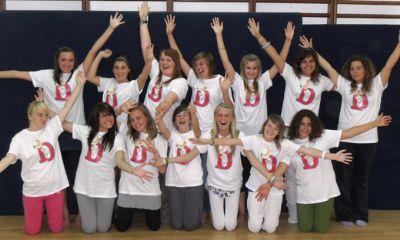 More than 20 actors and actresses have now been selected for The Algarveans next theatre production, Daisy pulls it off, due to be performed at the Lagoa auditorium from October 29 to 31.

Set in a girls’ boarding school in the 1920s, this latest production by the theatre group promises to be a jolly hockey sticks comedy.

The play is a parody of the Ripping Yarn tales as seen in the children’s’ comics of that era.

It tells the story of Daisy Meredith, a new girl at Grangewood School for Girls, following her trials and tribulations as she struggles for acceptance as the first scholarship girl at the school.

Daisy pulls it off ran for more than 1,000 performances in London’s West End and has been staged professionally, and more recently by amateur groups, all over the world.

“The play is hilariously funny, but also makes some interesting social comment of the class system of the day. People of all ages will enjoy the show,” said Algarveans member Chris Winstanley.

Tickets go on sale at several locations, by telephone or online, in early September.

For more information, please visit the websites, available in English, at http://daisypullsitoff.yolasite.com or www.thealgarveans.com