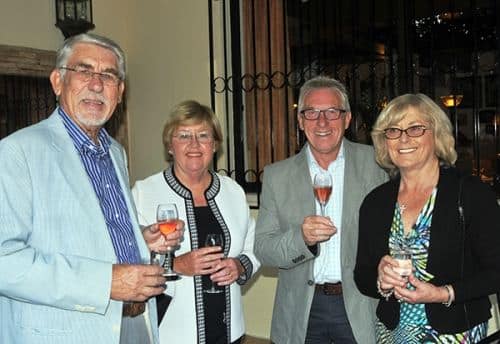 The Cyprus government was warned by politicians earlier this week that their country is quickly running out of time for meeting next month’s deadline for concluding its bailout package and that if they did not solve the problem, state coffers could empty by the end of this year.

At a joint press conference with Cyprus’s President, Demetris Christofias, on Monday (October 8), European Commission President José Manuel Durão Barroso called for a speedy conclusion of negotiations on a bailout requested by Cyprus.

“I hope we can move rapidly to reach an agreement on measures to be taken to guarantee a long term sustainability of the Cypriot economy,” Barroso said.

Cyprus became the fifth eurozone country to apply for an international bailout four months ago after its two largest banks suffered huge losses on their exposure to Greece, and Troika negotiators submitted an adjustment programme worth €975 million in July.

But the government came up with its own version of an austerity package last week, which is currently being negotiated with opposition parties.

All opposition parties have criticised the government package as inadequate and anticipated it would be rejected by the Troika.

International negotiators also insist on the abolition of a 13th month salary and the cost of living allowance system indexing salaries to inflation. But Cyprus President, Demetris Christofias, warned he would not sign any document under such terms.

Speaking in the southern city of Limassol in Cyprus, Barroso called on the Cypriot government, opposition parties and trade unions to find a compromise so as to reach an early agreement with Troika negotiators.

Barroso said: “I am sure you will find a way because I know the dynamism of the Cypriot people. I know that if they understand correctly how challenging the situation is there will be the capability to overcome the current situation and also to move together with the other partners of the EU to the future of sustainable growth.”

He said he looked forward to an early bailout agreement when troika negotiators return to the island on October 16.

Shiarly maintained that Cyprus had ample time to negotiate although opposition parties warned that the government could run out of cash to pay salaries by December.