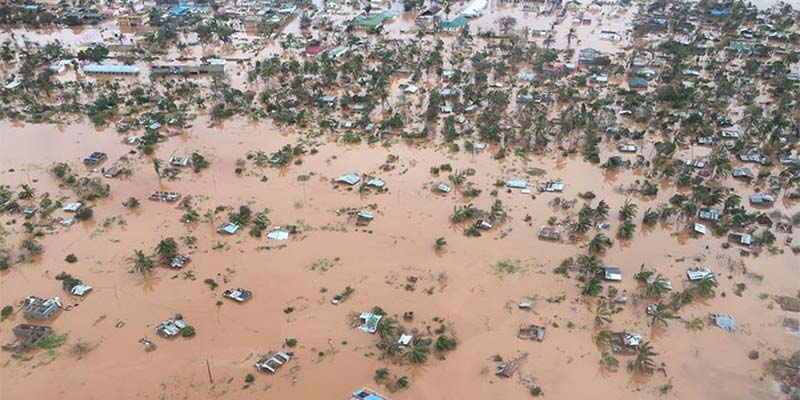 Despite efforts by Portuguese authorities to help nationals caught up in the Mozambique cyclone disaster, reports suggest almost no one is impressed.

Indeed, Portuguese residents of the city of Beira – one of the locations worst affected – claim to be bitterly disappointed.

“At no point” has the Portuguese consulate in Beira responded to any of the immediate demands of nationals, said Joaquim Vaz, a businessman attending a meeting held by secretary of state for the communities José Luís Carneiro, who flew to the crisis zone on Wednesday.

“Our disillusion is complete”, Vaz told him. “We are not proud of our consular service at all. For the last week, we have had no information – which is what you should have been giving us. We are completely disillusioned and (feel we have been left) on our own”.

A letter signed by 51 Portuguese, the majority of them employers, was then read out, involving various ‘requests’.

They particularly wanted to know why nothing had been done to arrange a satellite telephone (other consulates have apparently managed this for their nationals) or provide security against the lootings and “generalised violence” that has now begun.

The way ahead “depends on Mozambican authorities… Portugal is a partner that is called to cooperate when necessary”.

But as to possible credit lines to help nationals rebuild shattered lives, there is “a good possibility” of this being created, as much as the contracting of more boots on the ground, to arrive by the weekend.

Elsewhere, at least 14 of the 30 Portuguese initially registered as ‘missing’ have been located alive and ‘as well as can be expected’ in what the International Red Cross has already described as “the worst crisis of its kind” ever to have hit Mozambique”.

Tropical cyclone Idai struck the country just over a week ago, creating widespread flooding and affecting the neighbouring countries of Malawi and Zimbabwe.

Thousands of people are still desperate for help, with many hundreds known to have died.

In the horrors of the last week, rumours have not helped – particularly the story that the 27,000 crocodiles kept by one Portuguese businessman had ‘escaped’ and been left to their own devices.

This was ‘not true’, the breeder himself has assured Portuguese reporters.

But issues of how to cope with livestock in this developing crisis are not getting any easier.

One cattle farmer, for example, has managed to save many of his animals by moving them to high ground near a railway line.

Now, the problem is what to do when/ if a train comes along.

The farmer has threatened to get his men to ‘cut the lines with metal cutters’ unless the Portuguese government steps in to broker a solution.

One ‘good piece of news’ came yesterday when the EU’s head of diplomacy Federica Mogherini assured prime minister António Costa that the EU is totally mobilised to step in and provide help.
International aid is flooding in from many other quarters, including €21 million said to have been pledged by the United Kingdom.