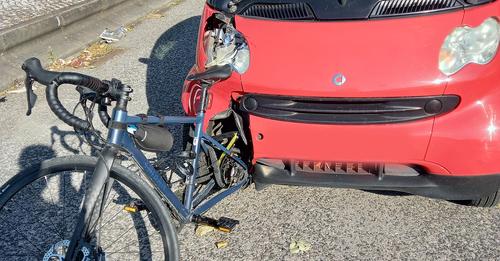 The horrifying death of a pregnant cyclist in Lisbon’s Avenida da Índia recently has struck a chord in the hearts of many inner-city cyclists as it appears to have been totally avoidable, if only drivers would ‘slow down’ and understand how to deal with freewheelers on the highway.

Thus a vigil has been planned at the scene of the accident on Saturday at 11pm.

Organisers say cyclists will mount a masked ‘sit in’ for 30 minutes to draw attention to the number of road traffic accidents involving cyclists.

Patrizia Paradiso, 37, was a teacher at the IST (Superior Technical Institute).

Rogério Colaço, the institute’s president has described her as “an investigator with enormous potential, known, recognised and loved by all the colleagues and pupils she met both in and outside the country. The world is the poorer” without her.

Ms Paradiso was killed after a car driven by an elderly man hit her bicycle, causing her to be thrown backwards and hit the windscreen. The force of impact sent her flying onto the road where she died. She was four months pregnant.