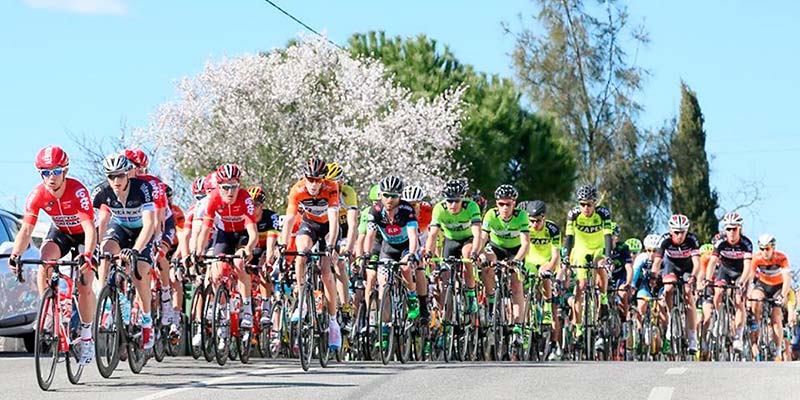 Cycling, Silves’ juicy oranges and a variety of musical performances will be the highlight of the Algarve’s cultural agenda in February, which includes over 100 events taking place all over the region.

One of the standout events will be the 45th ‘Volta ao Algarve’, the popular cycling competition that attracts teams from all over the world. The event will take place between February 20 and 24.

In Silves, oranges will take centre stage as the town will be hosting its annual ‘Mostra Silves Capital da Laranja’, an event that showcases the town’s deliciously juicy oranges, between February 15 and 17 at the Fissul building. At the same time, restaurants in Silves will be serving traditional dishes using the town’s famous ingredient, such as pork ribs in the oven with orange, pork loin with ‘migas’ (bread dish) and orange, fried catfish fillet with an orange reduction, tuna ‘muxama’ (ham) with orange jam and almond, and much more.

Chocolate lovers will be in heaven in Loulé, which will be hosting its yearly chocolate fair at the municipal market between February 9 and 17. The fair will be bigger than ever, taking place inside and outside the market.

Music-wise, there will be many events taking place. The Faro International Baroque Music Festival is being held until February 23 with several performances around the borough while the Al-Mutamid Festival will also see several concerts taking place in Silves, Loulé, Lagos, Albufeira and Olhão between February 8 and 23.

For opera fans, Lagoa’s Centro de Congressos do Arade will host a performance of a Chinese opera ‘The Generals of the Yang Family’ on February 11 at 9pm.

As part of the Algarve’s International Piano Festival, António Rosado will be interpreting music from the iconic West Side Story at Portimão’s TEMPO theatre on February 9 at 9.30pm while Pedro Burmester will be “revisiting” the Choral Fantasy by Ludwing van Beethoven at Faro’s Teatro das Figuras on February 16 at 9.30pm.

More information about all events can be found online (click here).