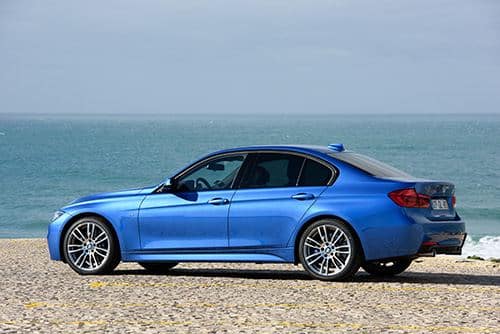 The laws concerning UK private pensions were changed in 2006, on Pension A day, in line with the implementation of EU rules requiring all citizens to have freedom of movement of capital. Prior to that, anyone who worked at any time in the UK probably had a pension scheme, which would have been deferred until their retirement, when they would be paid pension benefits. These benefits would be taxable in the UK as UK generated income.

Since Pension A day anyone leaving the UK may transfer their deferred UK pension offshore and into a QROPS.

This requires certain criteria to be fulfilled and UK pension legislation continues to change around this topic affecting many ex-pats and their advisers.

Recent proposals by HMRC would disallow members of a defined benefit scheme from transferring their pension to any other vehicle, whether in the UK or a QROPS.

So far legislation has not been drafted and it seems likely they will probably be scrapped. This will then reflect the intent of the EU freedom of movement of capital regulations.

From a UK perspective, defined benefit pension schemes are difficult to beat when it comes to value, there must be a significant advantage to justify transferring it to an alternative scheme. That is all well and good for UK based schemes but with QROPS there are advantages to ex-pats which can never be achieved with UK schemes subject to certain qualifying rules.

From practical experience we have learned that when an ex-pat is in a defined benefit scheme that has commenced drawdown of pension and is therefore receiving regular pension income from the scheme, most are refused the facility to transfer to a QROPS. This would seem to be clearly against the EU regulations.

Many pension trustees are tending to hide behind the “trust rules” which commonly say that once pension payments have commenced to a member there is no possibility to transfer their scheme elsewhere. However, there are a few trustees who have actually allowed this. The conclusion must therefore be drawn that it is possible and practical for such transfers to take place.

Given that in many cases pension payments were commenced prior to Pension A day this seems to be very unfair to the members affected. Those ex-pats who have genuinely left the UK and wish to live abroad are faced with paying UK income tax on their pension payments forever more. Most argue that they receive no benefit from their UK taxes.

Double taxation agreements between their country of residence and the UK may offer some relief. However, there are jurisdictions where pension income is exempt from tax. This leaves them very disadvantaged.

We at Blacktower Financial Management believe that anyone with pension benefits looking to move overseas should seek advice on assessing their UK Pensions sooner rather than later in this ever-changing pension environment. Particularly those who have worked in the public sector and are likely to have a defined benefit scheme leaving them directly impacted.

In the UK, the new retirement option removes the requirement to buy an annuity at age 75 and means retirees are able to take an income from their investments directly, subject to a minimum income requirement of £20,000 per annum.

However, while some say that the forced annultisation has been a major driver of the QROPS market, we believe otherwise, speculation that the reforms will reduce the QROPS market is very unlikely. In fact, it is altogether a different issue aimed at a different type of client. Cross border pensions are still in the early stages of a rapid growth phase, and will continue to grow. Even now, UK rules are going to be more stringent than most other overseas jurisdictions so if people planning to live abroad have the opportunity to choose something better, then many will take it.

The changes could even increase interest in the QROPS market among investors who will not have the size of pension needed to benefit fully from flexible drawdown.

Flexible drawdown is now a known quantity that will please some people but disappoint others. There is not likely to be any major reform soon so all those disappointed with these rules are going to be looking for an alternative.

This facility is not suitable for all expatriates, and we recommend that advice is sought before one makes any commitment.

As an Independent Financial Adviser, Blacktower seeks to ensure that our clients receive the advice suitable for their specific circumstances. Please contact us for further details on 289 355 685.
3″>features