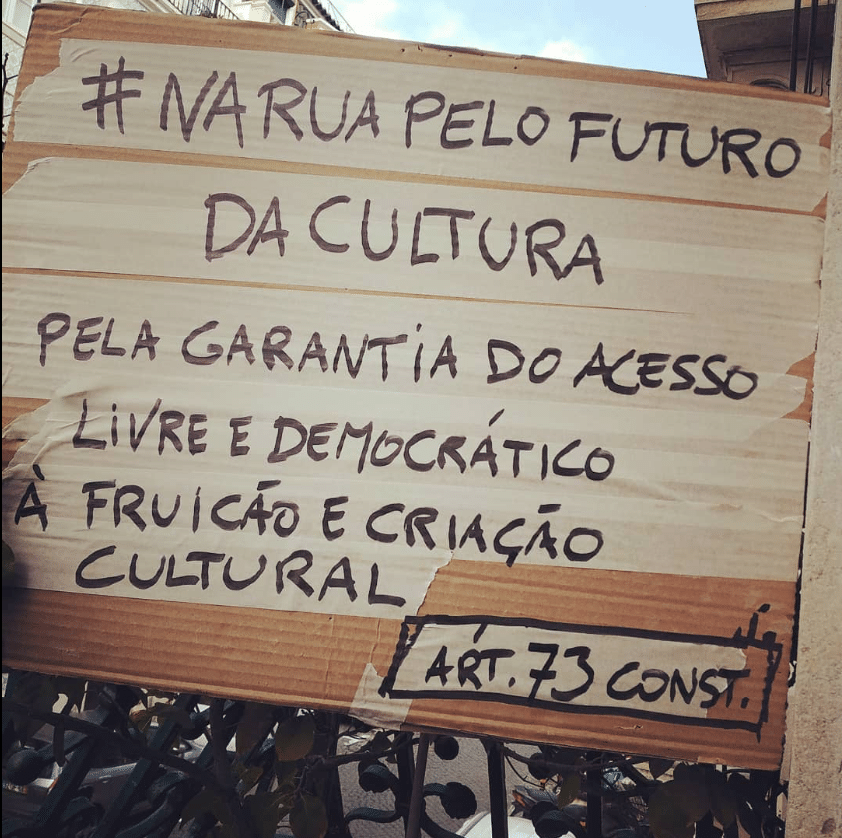 Culture workers protested online on Saturday to urge the government for more financial support amid the pandemic, using the hashtag #naruapelofuturodacultura (‘#onthestreetforthefutureofculture).

“We are taking the protest online, taking into account the circumstances of the pandemic. We are not forbidden to protest, but we certainly have to respect the situation that is so dramatic that we are all living in,” the leader of the Union of Workers in Shows, Audiovisual and Musicians (Cena-STE), Rui Galveias, told Lusa newsagency.

The protest was organised by Cena-STE,  Cooperative Action, Plateia – Association of Performing Arts Professionals, the Portuguese Association of Directors (APR), the Archeology Workers Union (STARQ) and the Network – Association of Structures for Contemporary Dance.

Culture workers were challenged to join in with “a poster, a short video, a photograph, with the ‘hashtag’ ‘on the street for the future of Culture’ (# naruapelofuturodacultura)” and to explain their reason for protesting.

“We think it is important to reinforce that there is a set of measures that, for now, are insufficient”, Galveias told Lusa.

The protest was scheduled for January 7 and was to take place on the streets of Lisbon, but was suspended due to the national lockdown.

On January 14, the country’s minister of culture, Graça Fonseca, announced a series of measures to support the culture sector. The measures included social support  – a single amount of 438.81 euros which is “universal and attributable to all independent workers”, with economic activity in the culture sector.

These measures were announced before a second lockdown the government enforced to stop the spread of COVID-19 as the country struggles to contain one of the world’s highest rates of infections.