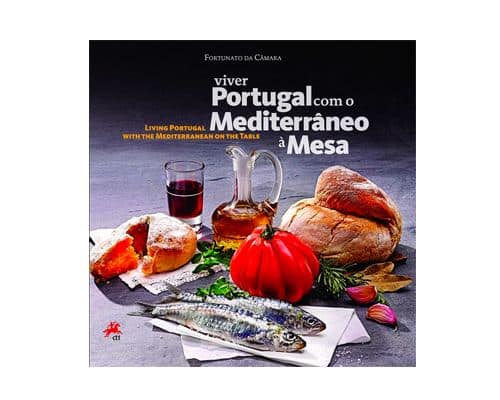 A Portuguese cookbook by food writer Fortunato da Câmara has been nominated for the ‘Mediterranean Cuisine’ category of the prestigious Gourmand World Cookbook Awards, which will take place in China in May.

Entitled ‘Living Portugal with the Mediterranean on the Table’, the book was published in August by Portugal’s post office CTT and tries to establish whether Portuguese cuisine is actually influenced by the Mediterranean Diet.

In a statement, CTT said the nomination is “gratifying as it acknowledges the author’s efforts to prove that the south of Portugal is influenced by Mediterranean food” though it isn’t actually geographically linked to the Mediterranean Sea.

“A big part of Portugal’s gastronomical richness can be found in this book,” CTT adds, naming a number of Portuguese dishes influenced by the cultural heritage left behind by the Arabs and Romans.

The bilingual book (in English and Portuguese) is for sale at CTT’s post offices and online for €38.

He is currently the food writer for Expresso newspaper.