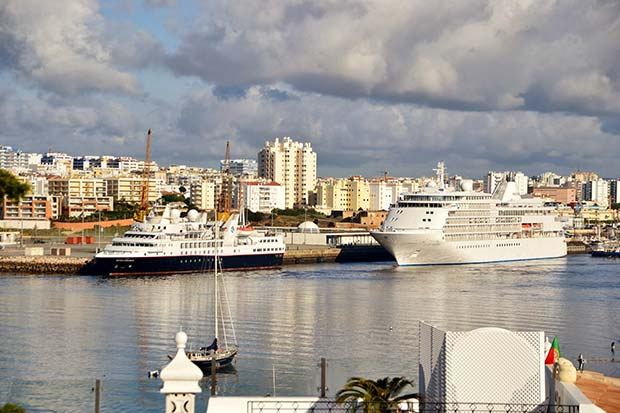 Portimão port welcomed 71 cruises in 2017, 65% up on the previous year, according to the Sines and Algarve port authority (APS). Data shows that passenger numbers were around the 30,000-mark, representing a 53% increase on 2016.

To add to the good news is the fact that the port is due to receive a €17.5 million investment in dredging and expansion work to allow it to welcome even more cruises.

In a statement, APS said that the positive results highlight the “efforts of the port authority, which has been investing in the modernisation of infrastructures, but also of those involved in the promotion of the port, Portimão and the Algarve brand”.

In fact, Portimão port will be promoted alongside other Portuguese cruise ports at Seatrade Cruise Global, described as the “biggest international cruise fair”. It will take place in March in Fort Lauderdale, Florida (USA).