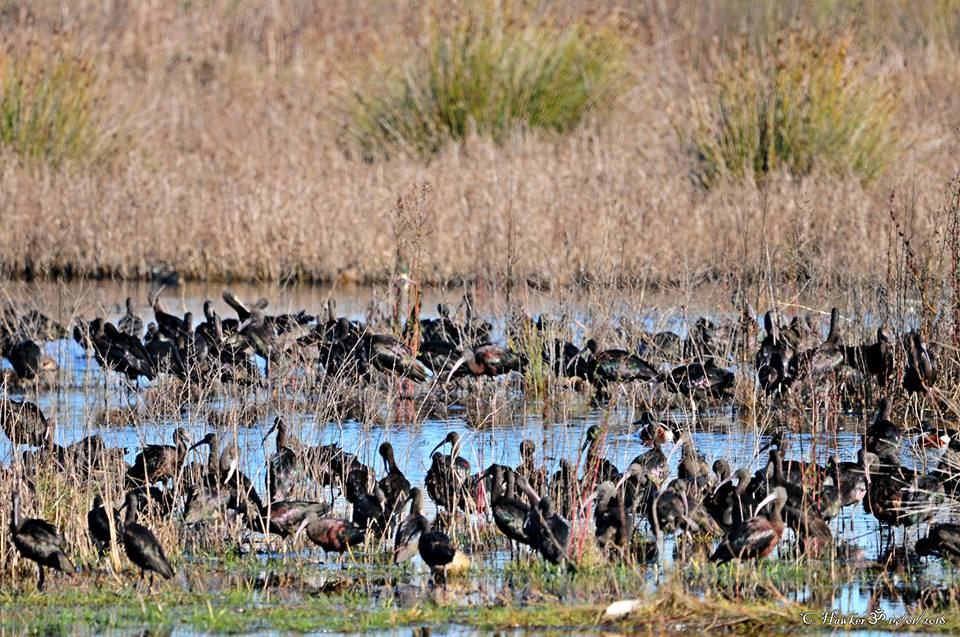 The “life or death” debate on the future of tiny Lagoa wetland Alagoas Brancas was delayed yesterday (Wednesday) afternoon as political parties scramble to make suggestions.

In one way, this can be seen as “a good thing”, in another – and this is campaigners’ greatest fear – the sudden burst of interest may have an agenda.

The “ridiculous” notion, for example, that the lagoon could be somehow moved to become incorporated into the municipality’s “Urban Park” planned for land nearby around the Fatacil site.

“It’s plainly ridiculous”, explained campaigner Anabela Blofeld. “The land being offered by the council is much smaller than the lagoon is now. It is in an area that will be a great deal noisier, too. The birds will simply go elsewhere and our town will lose a natural jewel.

“How many other towns are they that have a sweetwater lagoon attracting all kinds of birds right in the middle of them? None! This is an opportunity for off-season tourism. It’s a gift. We cannot let it be ‘destroyed’.”

But motions now being put forward, at the 11th hour, include convoluted suggestions which, in final analysis, could be arguing the case for ‘moving’ this special place that gave Lagoa its name.

So far, the ‘fight’ has a proposal put forwards by Bloco de Esquerda (click here) – which has now elicited counter-proposals from the PSD and one said to be on the way from the PS.

The PSD’s proposal already opens the door to the lagoon being ‘moved’.

Recommendation number three of the proposal now thought to be up for debate “some time next week” talks about “taking into account aspects associated with safeguarding the ecosystem and the indispensable legal certainty and agreement between public and private interests”.

As Anabela Blofeld explains, locals have already been interviewed for jobs at “a Continente supermarket about to open”. This is almost certainly the development with ‘indispensable legal certainty and agreement between public and private entities”.

Thus, the uncertainty drags on as the little lagoon continues to delight conservationists with the wealth of species it attracts.

As Anabela Blofeld has remarked, if the lagoon can be moved, then so too could a supermarket that hasn’t yet been built.

Previous stories have pointed out that Lagoa already has so many chain-run supermarkets that one more at this kind of cost “makes no sense at all”.