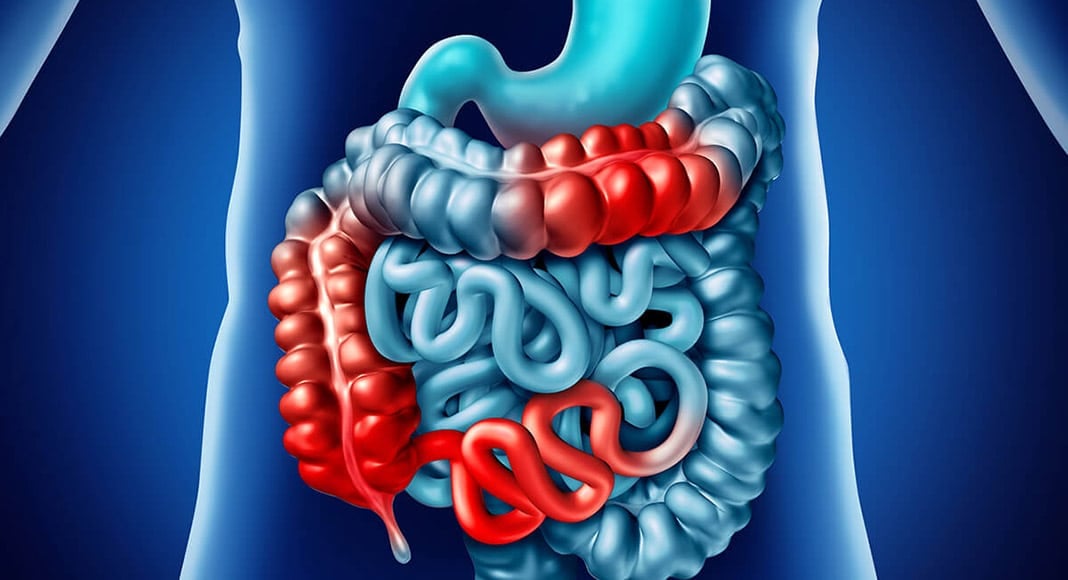 Inflammatory Bowel Disease (IBD) is a term used to describe two conditions: Crohn’s Disease (CD) and Ulcerative Colitis (UC) both are responsible for chronic inflammation of the gastrointestinal (GI) tract. Prolonged inflammation results in damage to the GI tract: mouth; oesophagus; stomach; small intestine and large intestine are all responsible for breaking down food, extracting nutrients, and removing any unusable material and waste products.

On the other hand, the UC occurs in the large intestine (colon) and the rectum; damaged areas are continuous (not patchy) – usually starting at the rectum and spreading further into the colon; inflammation is present only in the innermost layer of the lining of the colon.

The exact cause of Inflammatory Bowel Disease is unknown. However, the biggest risk factors for developing Ulcerative Colitis and Crohn’s disease include:

Family history and genetics
People who have a parent, sibling, or child with Inflammatory Bowel Disease are at a much higher risk for developing it themselves. This is why scientists believe IBD may have a genetic component.

Smoking
Smoking is one of the main risk factors for developing Crohn’s Disease. Smoking also aggravates pain and other symptoms associated with CD. However, Ulcerative Colitis primarily affects non-smokers and ex-smokers.

Ethnicity
IBD is present in all populations. However, according to research, certain ethnic groups, including white people and Ashkenazi Jews, have a higher risk for developing the condition.

Age
IBD can happen at any age, but in most cases, it starts before the age of 35 years.

Environmental factor
According to research, people who live in urban areas and industrialised countries and eat more fatty and processed food have a higher risk for developing IBD. IBD is also more common among people living in northern colder climates. Researchers reviewing the impact of environmental factors on IBD have found that having a sedentary lifestyle or job also increases the risk for IBD.

Symptoms of IBD vary depending on the location and severity of the inflammation, but may include: diarrhoea, bleeding ulcers, stomach pain, cramps and bloating due to bowel obstruction, weight loss and anaemia. IBD can also be associated with problems not related to the digestive system, such as eye inflammation, skin disorders and arthritis.

IBD is diagnosed using a combination of endoscopy (for CD) or colonoscopy (for UC) and imaging studies, such as contrast radiography, magnetic resonance imaging (MRI), or computed tomography (CT Scan). Physicians may also check stool samples to make sure symptoms are not being caused by an infection. Or prescribe blood tests to help confirm the diagnosis.

As for the treatment, several types of medication may be used to treat IBD: aminosalicylates, corticosteroids, immunomodulators, and the most recent class approved for IBD, the “biologics”.

Several vaccinations for patients with IBD are recommended to prevent infections.

Severe IBD may require surgery to remove damaged portions of the gastrointestinal tract, but treatment advances with medication mean that surgery is less common than it was a few decades ago. Since CD and UC affect different parts of the GI tract, the surgical procedures are different for the two conditions.