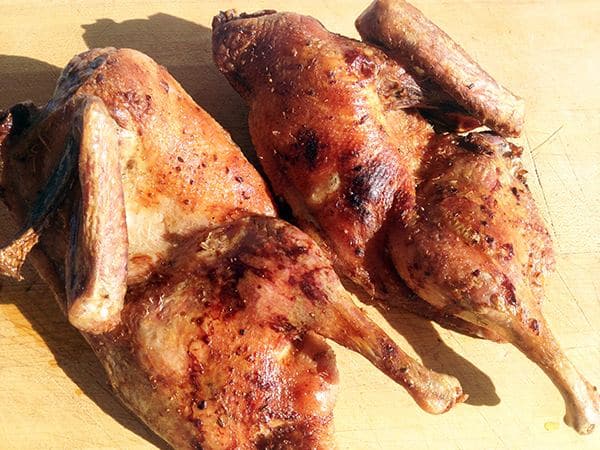 Anyone who has ever eaten real Peking duck knows that the poor deep fried imitation served by most Chinese restaurants in the west bears no resemblance to the real thing.
The ducks should be basted repeatedly and hung in a refrigerated room until the skin is bone dry and then spit roasted. But of course this cannot be done by most of us at home or the kitchen of the average Chinese restaurant.
The next best thing I have found to the authentic method is to slow roast the duck but not whole. It needs to be halved and laid flat in a baking tray so that all the skin is exposed to the heat and there is a more or less even surface allowing the skin to crisp in a uniform manner.
Whatever flavourings you use, just slow roast at around 100ºC for five hours then crisp off the skin under the grill.
By Patrick Stuart patrick.stuart@open-media.net