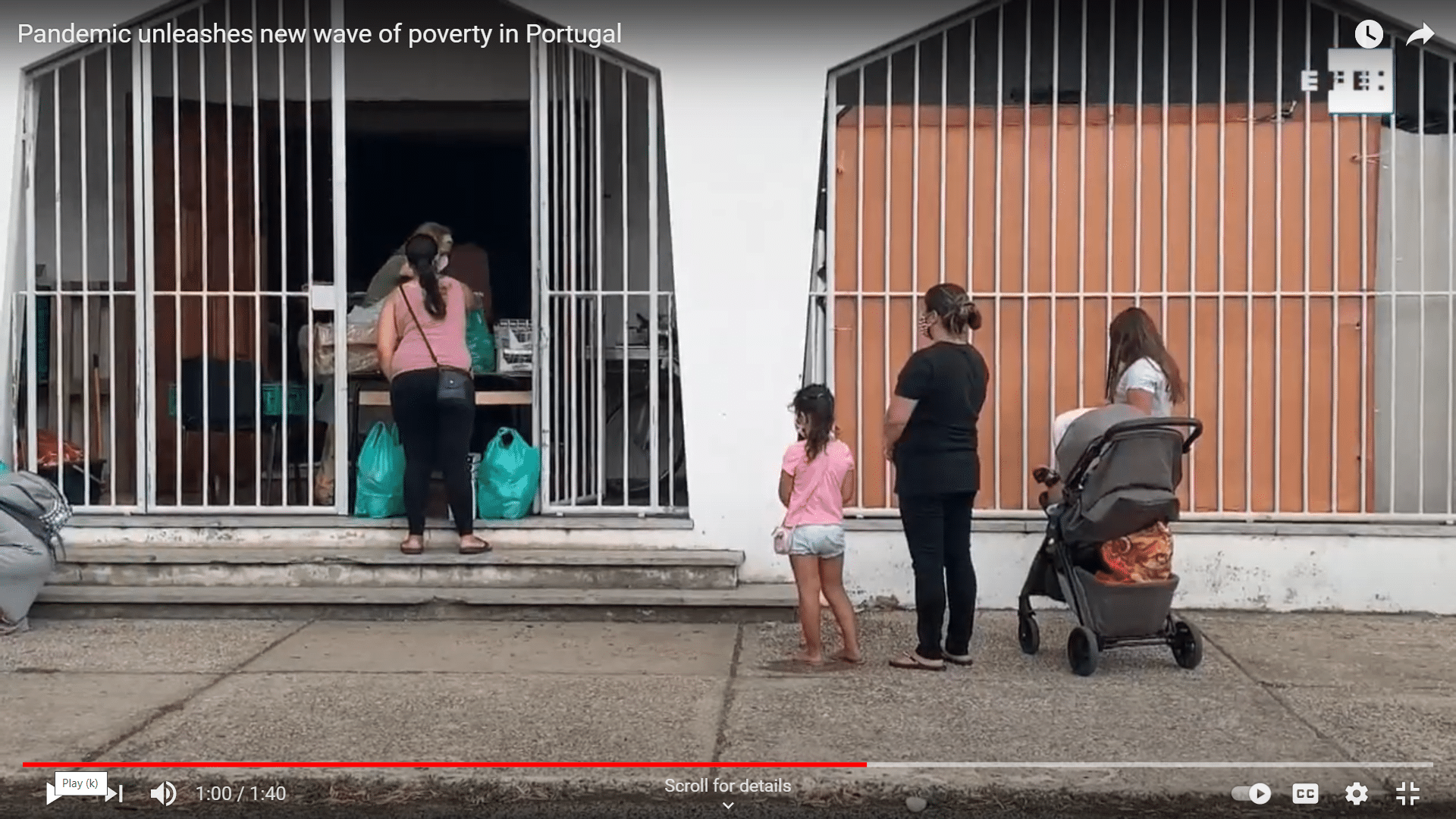 The crisis provoked by the pandemic has plunged a further 400,000 Portuguese into poverty.

This is the bottom line of a study published this week by the Catholic University – and comes as elsewhere the Global Wealth Report reveals that 2020 also increased the country’s number of ‘super wealthy’.

Where both reports ‘meet each other’ is in the conclusion that the gap between Portugal’s richest and Portugal’s poorest has suddenly become much worse.

The study by the Social Observatory of PROSPER, the Catholic University’s Centre for Economics for Prosperity, accepted that government measures ‘minimised in part the increase in poverty and inequality’ across Portugal but this didn’t stop “substantial loss of earnings for the Portuguese population”. Average income, for example, fell by €1,000 a year (and was already on a level that can barely sustain any kind of well-being: €10,100 pre-crisis, now just €9,100).

The pandemic has also caused “asymmetric effects”, in that the lower, and middle-to-lower classes in the Algarve and people whose level of schooling did not exceed the 9th year (a loose equivalent of GCSE level) “were the groups most affected, with losses clearly above the national average”, says the study.

In all, the results show that the pandemic led to a 25% increase in poverty over 2020 which “put at risk progress made in the last 20 years (in terms of mitigating poverty)”.

In 2015, for instance, poverty had been reduced to 19% of the population – still translating into one in five people.

Now we are at one in four, and the crisis is still not over.

This is another area of ‘concern’ for researchers. They admit that the ‘government measures of large magnitude could be difficult to sustain over a prolonged period’, meaning further ‘substantial negative impact’ in terms of poverty and inequality could follow.

This is an issue that is likely to cause a great deal more pain than the pandemic itself.

Highlighting the social dichotomy within Portugal is news that a tiny proportion of the country (just 1%) holds 20% of the country’s wealth. Taken to an even further extreme, the 10% richest in the country hold over half of its wealth (56.2% to be exact).

The image for this text was taken from a video posted by Spanish news agency EFE. The full video can be viewed here