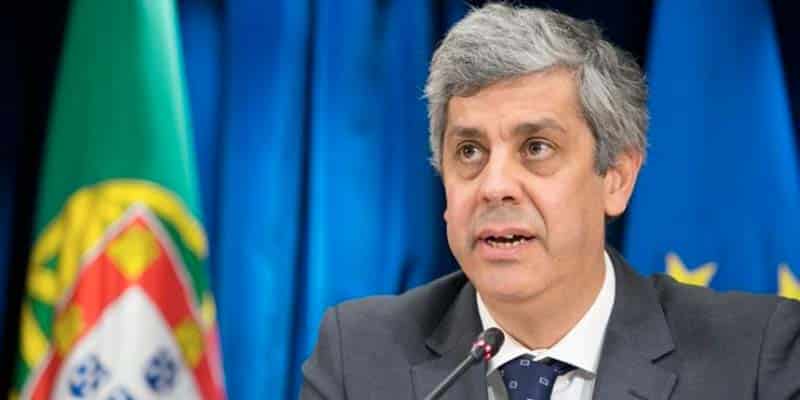 President of the Eurogroup Mário Centeno – still Portugal’s finance minister, though apparently destined to take over at the Bank of Portugal very soon – is confident that the economic crisis prompted by the pandemic can be recovered from “relatively rapidly” – so long as the ‘bazooka’ package announced by France and Germany last week is approved (see latter part of this article).

Talking to Germany’s “Welt am Sonntag”, he said the €500 billion package was “a step in the right direction”.

Unsaid, however, was the fact that a number of other Northern European states – the so-called ‘frugals’ – want nothing to do with it.

Rádio Renascença’s text, though extremely positive, only told one side of the story – detailing how, in Centeno’s mindset, the bloc these days is in a much stronger position than it was in the last economic crisis (in 2008) and that, in the grand scheme of things, the economic meltdown “provoked by the pandemic is not the end of the world”. Not if the €500 billion comes through as part of the EU’s so-called Recovery Fund, that is – and on the non-refundable basis that President Macron and Chancellor Merkel have outlined.

Rádio Renascença’s article didn’t allude to the fact that as Centeno was giving his interview, Austria, Holland, Denmark and Sweden were presenting ‘a different approach’ – one that involves countries paying back any money they receive: a scenario already vehemently rejected by Portugal’s prime minister António Costa.

In other words, everything written this far is a form of ‘hype’/ pressure to steer public opinion in one way or the other.

The Portuguese plan is to keep saying how much it likes the Franco-German proposal. The ‘frugals’ plan is to show its voters that it doesn’t want to give weaker economies a free lunch (or dinner for that matter).

As ECO explains, “for the four European countries, the financing of this fund through mutual debt would allow weaker, less disciplined European economies to unduly benefit from the cheapest form of finance, thanks to the stronger economies of the north”.

The website doesn’t refer to the fact that this ‘objection’ actually goes against the very notion of ‘European solidarity’.

The bottom line is that final decisions on what money will come through rest with the European Council, made up of heads of state and government of the EU 27.

This won’t be meeting before the European Commission presents its own proposal for the recovery fund, as well as for the next 2021-2027 EU budget.

The next ‘big day’ in this constant merry-go-round of proposal and counter proposal comes next week.
In the meantime, PM António Costa – the master of optimism – has widely let it be known that he views the Franco-German freebie bazooka as “excellent”.

Bonhomie aside for a moment, Costa stressed he “considers it essential to overcome the resistance of the four Member States who seek to block advances of the European Union”, adds ECO, concluding that the PM believes “either all countries emerge from this latest crisis, or none of them”.

This refers to Costa’s fairly consistent narrative that the EU has to pull now, or accept that the whole European project has had its day (click here).