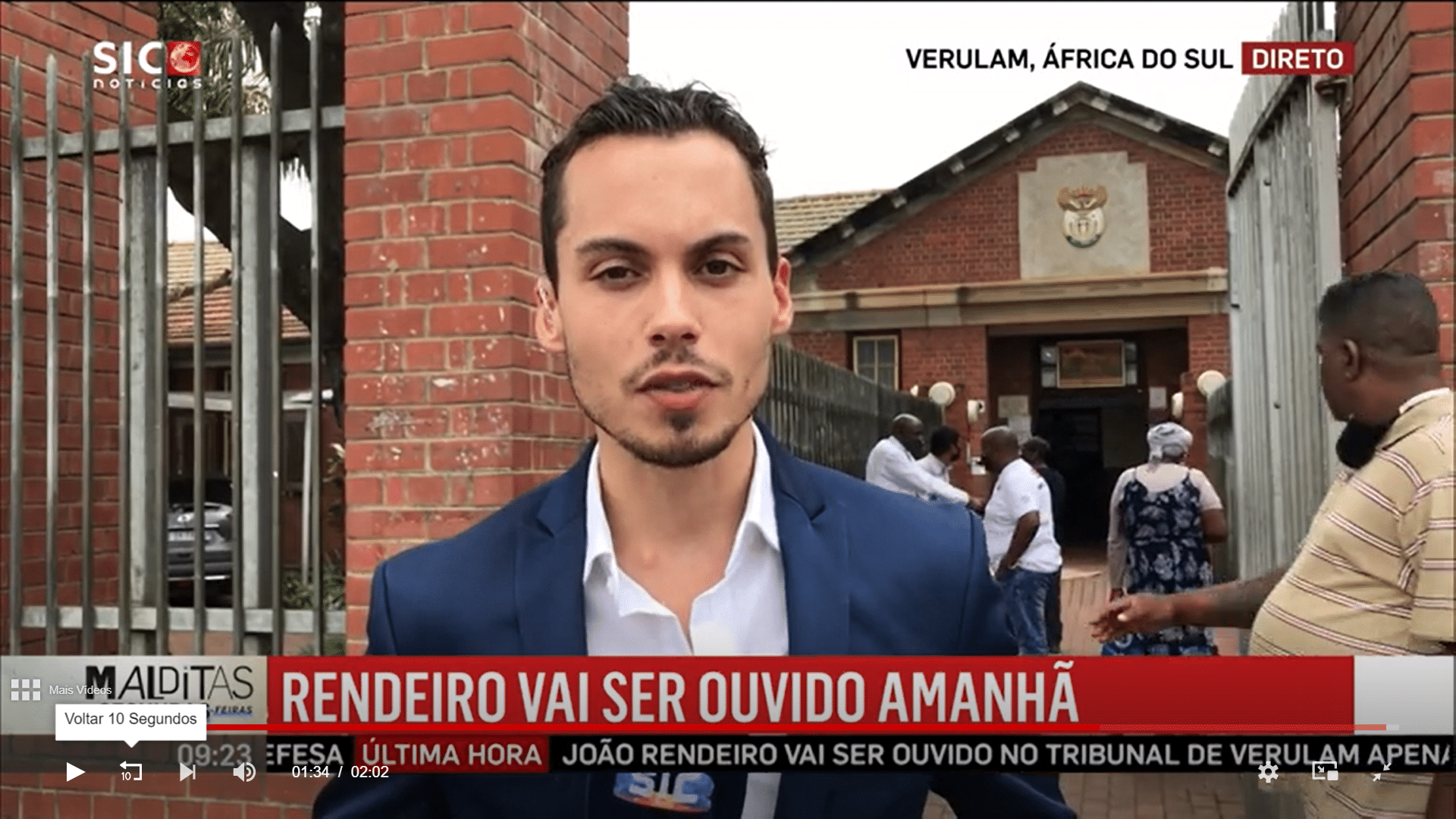 The 12 credit cards used by former BPP banker João Rendeiro as he eluded jail over the last three months may lead investigators to millions that have been allegedly hidden from authorities.

This is one of the latest angles coming out of Saturday’s ‘breaking news’ capture of Mr Rendeiro in a luxury hotel in South Africa (click here).

Mr Rendeiro’s lawyer June Marks has told SIC television news that she will be asking for her client to be freed from preventive custody while he awaits the outcome of extradition proceedings.

A date before magistrates in Durban today has been delayed by 24-hours for the defence to fully read the case against Mr Rendeiro and have time to discuss it with him.

Close to his 70th birthday, Mr Rendeiro is looking at the strong likelihood that he will have to serve various jail sentences handed down to him in three distinct cases related to the collapse of BPP bank in which judges accepted that he had withdrawn millions that he had no right to.

Explains SIC television news, the collapse of BPP over a decade ago “caused thousands of victims and hundreds of millions of euros in losses to the State”.

After being fined initially, in court cases that he went on to appeal as far as judicially possible, Mr Rendeiro continually claimed he had no money left with which to pay his fines (click here).

These last three months in which he has jetted round the world, staying in 5-star hotels and resorts, have proved this not to have been the case.

As PJ police chief Luís Neves said on Saturday, João Rendeiro – despite everything he has said in the past – “has great economic availability which has facilitated greatly to his mobility”.

The real dilemma for João Rendeiro now is whether or not to accept extradition to Portugal.

If he decides to fight it – and is not allowed to do so from a position of freedom – he faces long months, if not quite a few years in a South African jail. And these long months and possibly years will not count towards the prison sentences awaiting him ‘back home’. When he finally reaches Portugal, the sentences will start from the beginning.

Recapping the jail terms awaiting João Rendeiro, there is the one that has exhausted all avenues of appeal, for five years and eight months; another for 10 years (click here) and the most recent for three years eight months (click here).