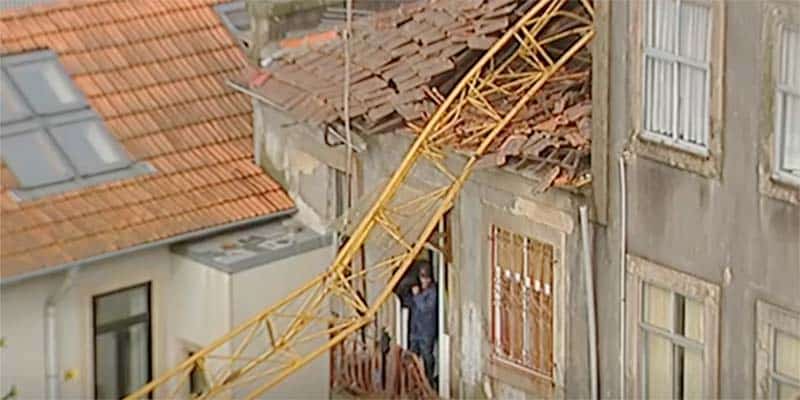 “I thought we were all going to die” said one of the residents whose central Porto neighbourhood was woken with a bang on Sunday morning as a crane, reportedly mounted the night before, crashed onto buildings at 8.25, mercifully causing no serious injuries.

The roof of one property was badly damaged, leaving three students temporarily homeless, while otherwise damage was limited to a few garages and yards.

Say reports, “the causes of the crane’s collapse are not known”.

The structure was apparently being erected throughout the night, “up until 5am”, explained CMTV, not explaining which company may have been involved or to what ends.

Three people are reported as having been ‘injured’ but the injuries were more psychological than anything else.

One person suffered a “small cut to one hand”, while three others suffered ‘attacks of anxiety’

Firefighters, council officials and other entities attended the scene, with the road (Rua da Torrinha) being blocked while the crane was carefully extracted.

The final bill for damages is expected to be “very high”.