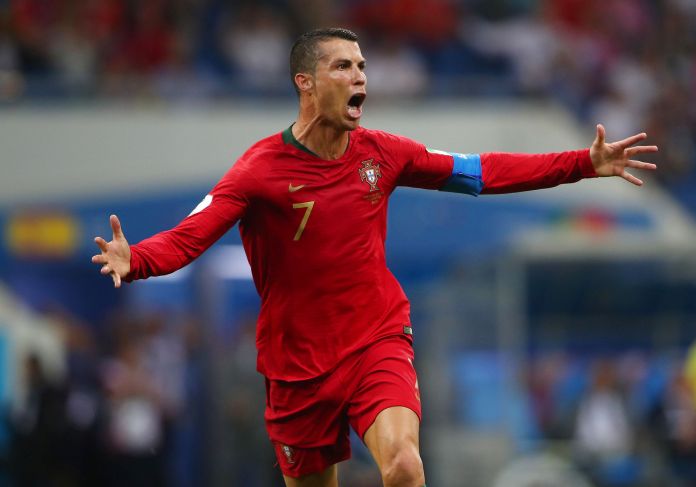 CR7’s ‘move’ back to the club where his glory days started has already earned Manchester United around €140 million – without him even kicking a ball.

The gains were made within hours of the announcement on Friday that the footballing legend was leaving Juventus and heading back to Old Trafford.

Further millions will be pouring in with the marketing shortly of Man U’s new Ronaldo shirts.

In fact, therein lies another story: will the 36-year-old striker remain CR7?

Explain reports, right now that number belongs to Cavani – but he hasn’t played yet in the British league, so there is still time for a re-think.

“The definition of the new Ronaldo shirt is more than a simple detail”, explains Correio da Manhã’s sports section. “It will be a decisive aspect from the point of view of marketing”.

And it’s in marketing that Man U expects to reap some of the greatest benefits from this new signing.

Says the paper, “United hopes to make money from the arrival of Ronaldo in the medium term in three ways: renegotiating upwards when it comes to sponsors; increasing television rights, and inflating the price of tickets”.

The ‘gains’ will compensate for the €15 million paid to Juventus for the Italian club to release Ronaldo from the last year of his contract, and the €29.1 million which it will be paying the ‘legend’ per year as salary.

But these are just ‘some of the numbers’ coming from this extraordinary move back to the club which launched Ronaldo into the sporting stratosphere.

Other benefits, all agree, will be that having a player of his calibre on the team will be a huge incentive to younger members to up their game – which can only reflect well on Manchester United, pretty much instantly.,

Final details are still being ‘sorted’. News that Portugal’s ‘star player’ is returning to Manchester United on a two-year contract has seen British fans delighted, and Portuguese coach José Mourinho describe it as “perfect business”.

“There is no need to make any comment about someone who plays, wins, scores and makes history for 20 years,” he answered reporters questions this weekend.

“If Juventus are happy, if Cristiano is happy and if Manchester United are happy this is the perfect business”.