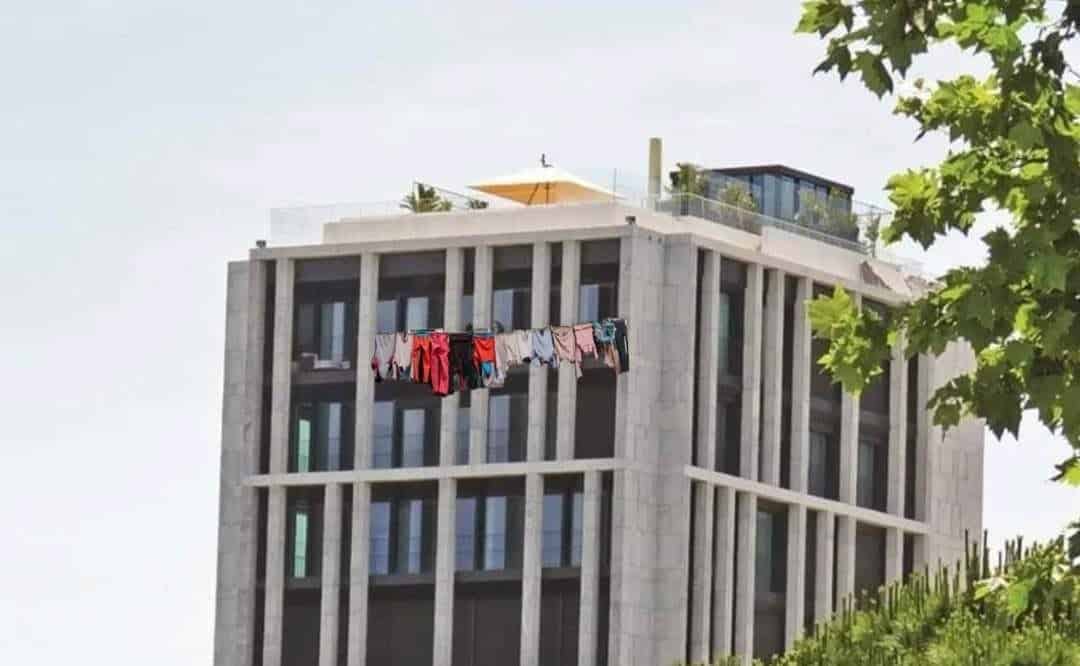 Football superstar Cristiano Ronaldo has been on the front-pages of popular tabloid Correio da Manhã this week over a ‘marquise’ (or covered veranda) constructed on the roof of the swanky €7.5 million penthouse apartment he purchased recently in the heart of Lisbon.

Neighbours have apparently been ‘bothered’ by the marquise, while the architect has been described as “in shock” that Ronaldo ‘ventured out of the scope of original maquette’ and in doing so has also gone ‘higher’ than the 13-storey building permits.

Yesterday, the story was that the star had received permission from the local council for the construction (which is understood to be a covered dining area); today it seems he hasn’t. He may have simply commissioned the glass and metal structure because he likes the idea of dining on the top of the building in all weathers.

CM is pondering the possibility that the whole situation ‘could end up in court’.

Architect José Mateus is spitting professional tintacks, describing the marquise in a post over social media as “a disrespect for the building’s architectural integrity”…

Whatever the case, as CR7 is thought to be leaving Lisbon today in the company of his girlfriend to rejoin their children, another shock seems to have been in store for the genteel burghers of the upmarket neighbourhood: an unrepentant washing line, hung from window to window on the outside of the building that was clearly never designed to have its residents’ smalls hanging for the world to see in such a fashion.

The above picture is doing the rounds of social media, with all kinds of ribald commentary.

It could be that this is a ‘photoshopped image’. Why would anyone need to hang their washing out the windows when they have an infinity terrace? But it’s a bit of fun at a time when fun really does seem to be at a premium.