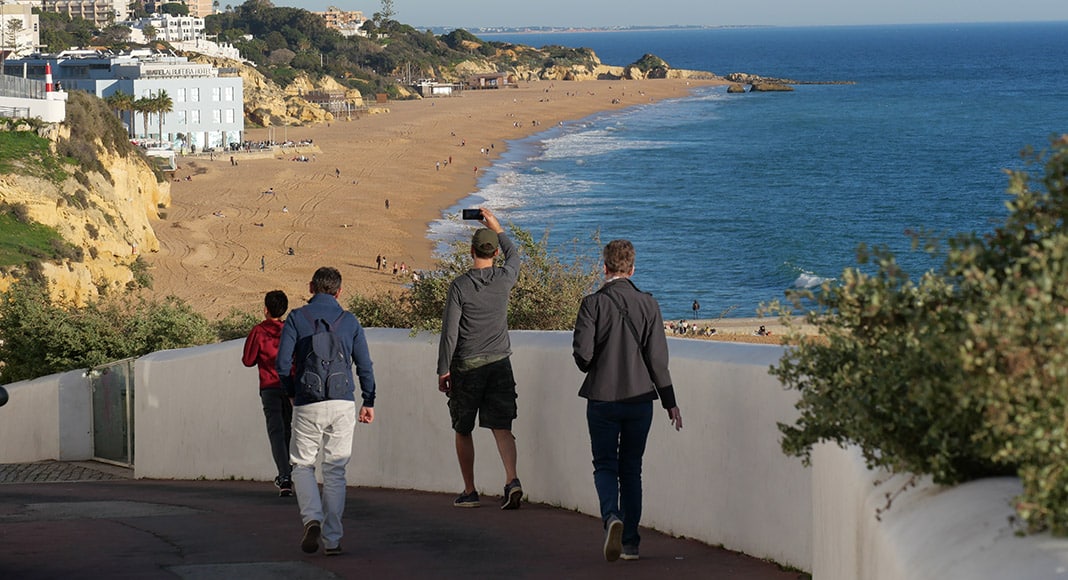 The latest Covid-19 restrictions implemented in the Algarve’s ‘tourism capital’ of Albufeira have plunged the borough further into a crippling crisis which is threatening the livelihood of its businesses.

As if the greatly reduced number of British and German holidaymakers wasn’t enough, the municipality has been forced to take two steps back in its plan to emerge from lockdown due to rising Covid-19 cases

Restaurants and “non-essential stores”, which were already struggling to make ends meet, have now been forced to close at 3.30pm on Saturdays and Sundays.

Several restaurants decided to close altogether last weekend as they felt it “simply wasn’t worth it being open”.

“Most people go to the beach in the mornings, leave after 1pm and won’t be rushing through lunch to then leave before 3.30pm. It just isn’t viable,” Sérgio Brito from Albufeira’s Commercial Association (ACA) told Lusa news agency.

Meanwhile, local business owners have stressed just how dire the situation has become.

“We have to work,” local businesswoman Cristina Costa told RTP. “We haven’t made money for a year and a half. How are we supposed to survive during the winter?” she asked, calling on the government to “do something as already there are many families going hungry”.

Natércia Simão, a local ice cream parlour worker, said there is a lot of uncertainty about the summer.

“We don’t know what is going to happen … it’s complicated … we live off tourism,” she told the state television channel.

A group of Spanish tourists also questioned the “logic” behind the restrictions implemented in Albufeira, telling RTP that tourists who cannot go out for dinner or to the shops in Albufeira will simply travel to neighbouring boroughs. “We don’t understand this measure,” they said.

Algarve mayors have stressed that popular tourist destinations like Albufeira are being unfairly penalised and reiterated their calls for the government to change the way it tallies Covid-19 cases.

“We continue to demand a different way of counting the cases that are attributed to the Algarve because, by including non-residents, the current formula does not reflect the real situation,” AMAL boss António Pina told Lusa news agency.

“Boroughs like Albufeira, where foreigners on holiday represent half of the cases, are seeing their numbers skewed.”

Six Algarve boroughs on ‘alert’
While Albufeira and Lagos have taken steps back in their emergence from lockdown, six boroughs in the Algarve are now also on the government’s ‘alert’ list due to growing cases which have topped 120 per 100,000 inhabitants. They are Faro, Lagoa, Portimão, Olhão, Silves and São Brás de Alportel, which may be forced to backtrack after the Council of Ministers meeting on Thursday.