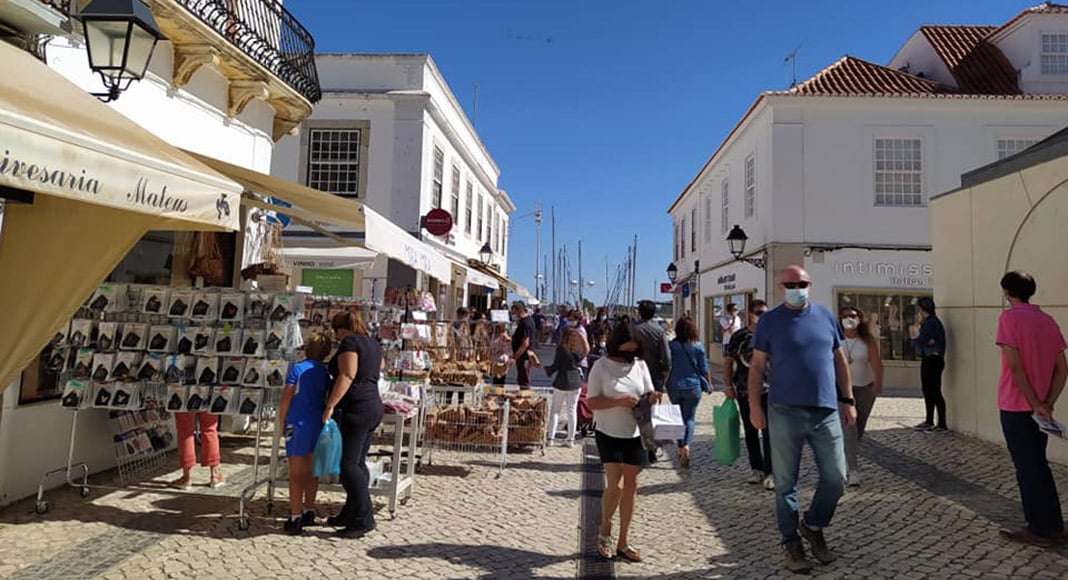 As every region of the country has been ‘press-ganged’ into a State of Calamity – irrespective of rates of infection or serious consequences suffered – the truth about areas like the Algarve, and even the Alentejo, is that they have the lowest transmission rates in Portugal, and have since the start of the pandemic.

DGS health director Graça Freitas went so far yesterday as to label the Algarve “tranquil, for the time being”.

But even that is a relatively grudging form of ‘praise’: the Algarve has been tranquil since the outset – in spite of a healthy influx of holidaymakers from all over Europe through the summer months.

Deaths too have been residual (just 21 since March), and in the main of elderly people in old people’s homes with multiple ‘morbidities’.

The Rt rate (risk of transmission) is below 1 (0.91), which also translates as the lowest Rt rate in mainland Portugal. (In the north, for example, Rt has reached 1.34, while the national average is at 1.2.)

At yesterday’s press conference on the evolution of the virus – following the announcement by the prime minister of tough new restrictions (click here) – it was revealed that there is only one person in hospital in the Algarve due to Covid-19 and 18 ‘outbreaks’ – the majority in family groups and contained.

The situation in the region’s old people’s homes is also under control. There are currently two outbreaks, but no recent deaths.

While social media has been pounding the recent messages from the government – often over-emphasising the requirement to wear masks in the street (this is only advisory, for the time being, and applicable in ‘busy contexts’. It is not for quiet Algarve towns where very few people are in the streets at any one time), groups have started forming to counter what they deem the ‘narrative of fear’.

In Aljezur, for example, pedestrians are being handed leaflets today encouraging them to ‘act locally’, ‘question the measures’ and ‘inform’ themselves by reading the message of the Great Barrington declaration (click here).

The leaflet “Covid-19 Measures: Do they Really Protect Us?” stresses the “very high survival rates” of this virus and “negligible increase in total deaths”, and suggests that the rising case numbers are “not a reliable indicator” of the perceived dangers facing people.