Portugal Resident
Home Covid-19 Covid may not be reason 13-month-old baby “fighting for life in hospital”,... 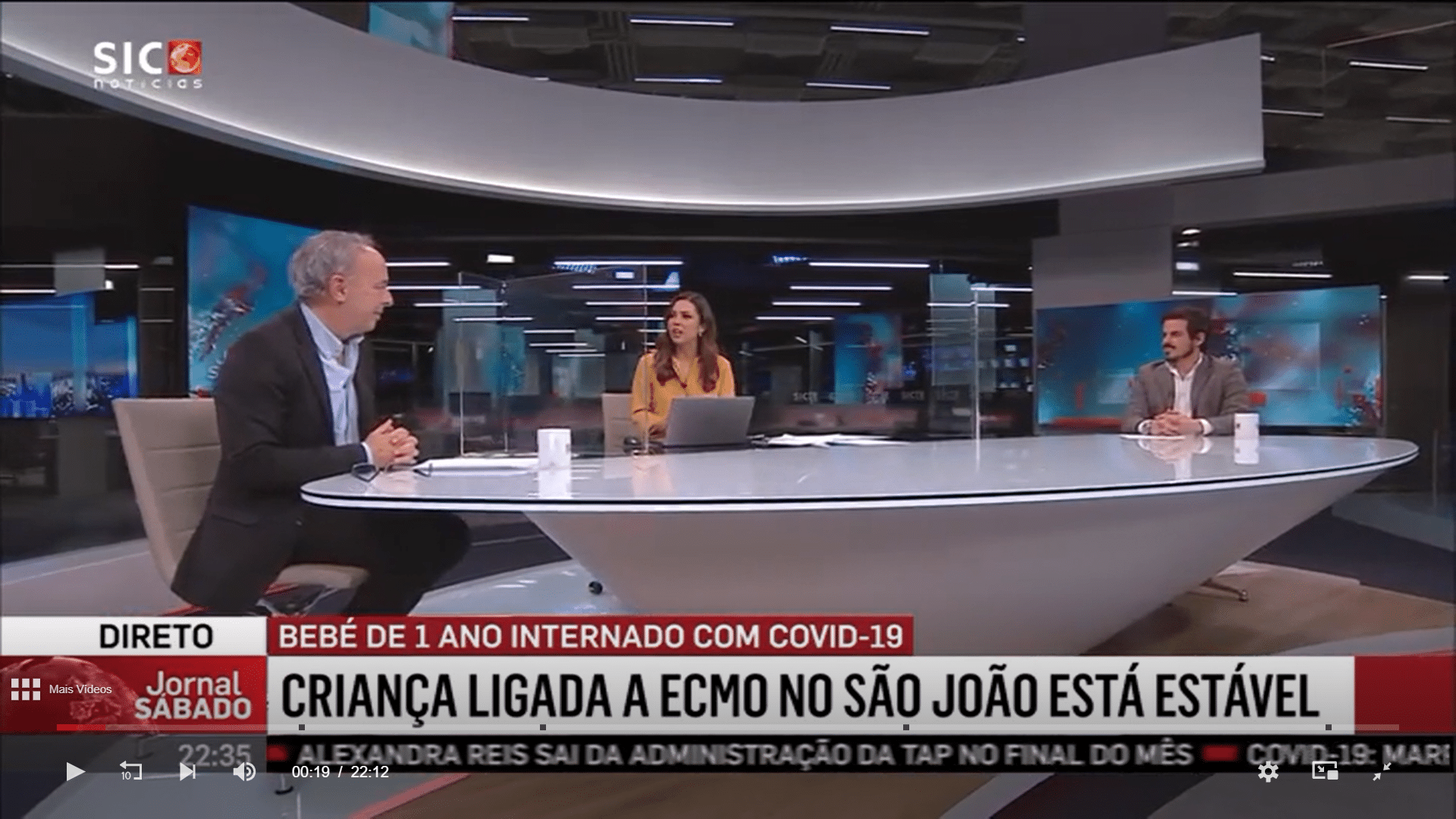 Coinciding with the latest weekend for the vaccination of children aged 5-11 comes a story of a 13-month-old baby ‘fighting for life in hospital’ in Porto with myocarditis.

The little boy was admitted late last week to Hospital da Póvoa de Varzim with a high fever. It was on admission that he tested positive for SARS-CoV-2 – and since then all stories have been slanted to suggest it is the virus that has plunged him into such a serious state of ill-health.

But Maria João Batista, president of the Portuguese society of pediatric cardiology, and clinical director of Hospital de São João to which the child was transferred as a matter of urgency on Friday night, warns this may not be the case.

“It seems to be a Covid infection within the framework of myocarditis, but there are other myocarditis infections provoked by other viruses, and we are trying to investigate other causes to have absolute certainty that what happened here was a myocarditis associated with Covid-19”, she has explained.

“We will have to do various studies to find out if he may have had another illness that wasn’t identified and which could have triggered this whole process”, she added, stressing Covid infection in babies is “very rare”.

“It is not probable that a child develops a condition like this. Parents should not be alarmed. We are not expecting an increase in cases of this type”, she told Correio da Manhã.

Nonetheless, media sources have ‘joined the dots’ regardless, with SIC television news going as far as saying the situation “proves that this illness affects all age groups”.

The station has had two experts on air: one giving the quote about the situation affecting all age groups, and another adding that myocarditis from natural infection of SARS-CoV-2 is much more prevalent than myocarditis as a result of vaccination.

Right now, children under the age of five in Portugal are not eligible for Covid vaccinations, albeit the Vaccine Technical Commission has suggested they could well be in the not too distant future, on the basis that Pfizer is already requesting emergency use authorisation for its micro-dose child jabs in babies from the age of six months (click here).

Meantime, the news on the little boy in hospital is that he is connected to an ECMO machine – ECMO standing for extracorporeal membrane oxygenation – which basically keeps the heart and lungs working when the patient’s own system fails to do so properly.

According to CM, it was the ‘alterations’ in the child’s heart rhythm which caused the transfer to (Hospital de) São João “on the night of Friday to Saturday”.

“He was clinically very sick”, Maria João Batista told the paper. “He had cardiac arrhythmias that were very difficult to control – the medical team was several hours with the baby. He had to be mechanically ventilated, and in spite of all measures instituted, he went into cardiogenic shock. The heart stopped being able to pump blood around the baby’s body. It became necessary to place him on ECMO”.

This development rendered the little boy’s condition “stable” and his situation is currently “controlled”.

The next step, says CM, is to verify when it will be possible to remove the ECMO support and “see if the (child’s) heart functions normally”.