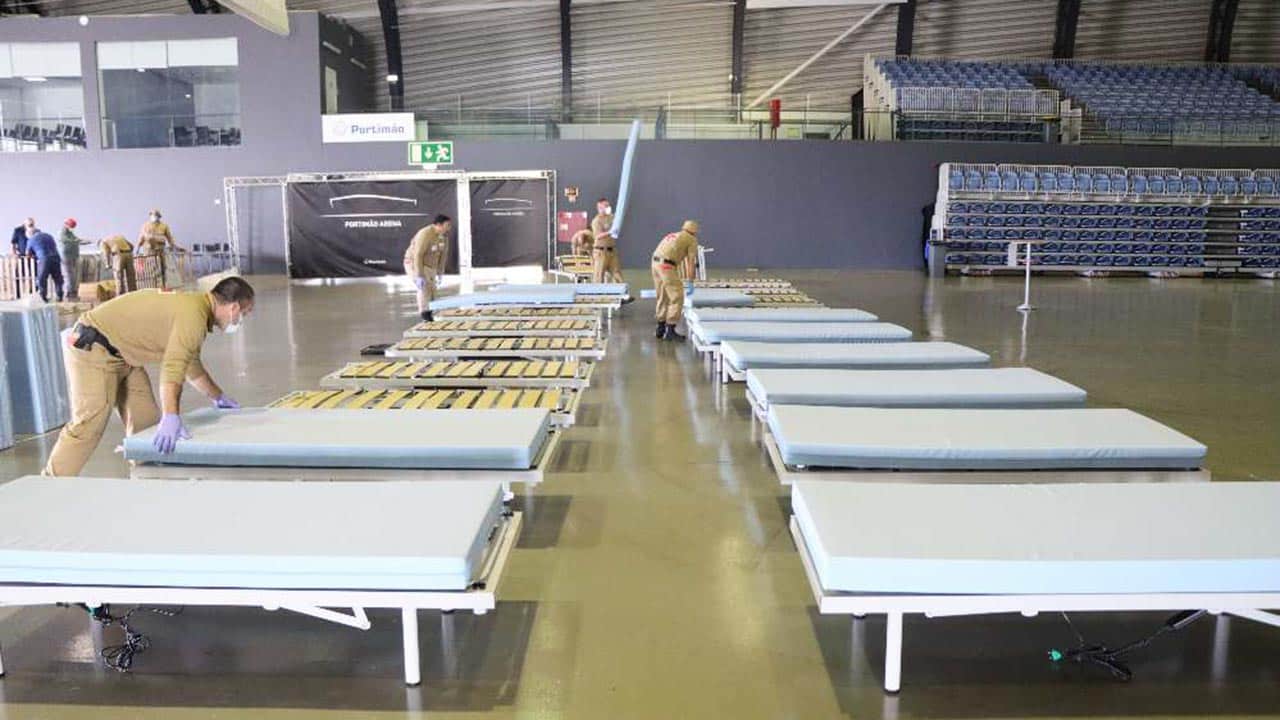 As part of Phase 4 of its contingency plan, CHUA, the university hospital centre of the Algarve, has decided to resurrect the Covid field hospital that was initially constructed Portimão’s Pavilhão Arena during the first wave of the virus.

The 100-bed unit will be ready to start working from 4pm this afternoon.

Said a statement released by the hospital centre’s press office today, the structure (as before) is designed to “maintain response capacity to patients who seek healthcare and alleviate pressure on public hospital units”.

The decision to reopen this overspill centre for Covid-care appears to have been taken only 24-hours previously after the numbers of active infections was seen to rise exponentially.

Says today’s statement, the speed with which the hospital went up has been all “thanks to the commitment and work of teams at CHUA, Portimão town council, Civil Protection authority with the support of the Algarve regional health administration”.

Within hours of being officially opened, the hospital had taken patients from Faro hospital and further afield.

Said SIC television news, the idea is that even patients being transferred from hospitals in Lisbon may end up being treated in Portimão’s field hospital.