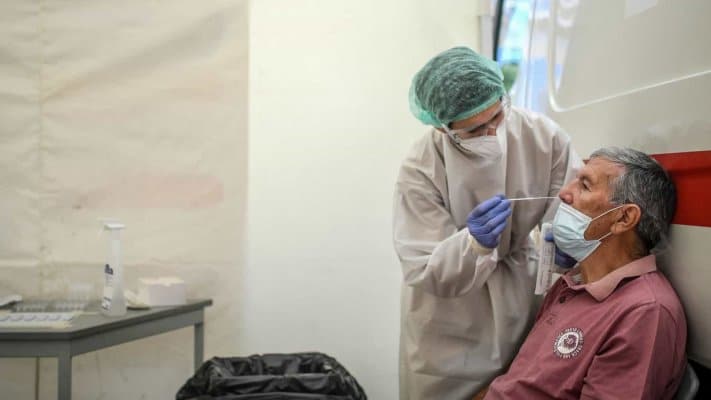 Covid deaths have been registered in every region of the country today (Lisbon +3, central region +3, north +2, Alentejo +1 and Algarve +1), one very sadly a child under the age of 10 already suffering an unrelated serious illness.

The majority (7) of the other nine victims in the last 24-hours were in their 80s (ie almost certainly fully-vaccinated), one was aged between 70-79, another between 40-49.

Although rarely explained by the media, these deaths invariably occur in people with underlying pathologies.

Elsewhere, the picture overall is ‘improving’ (click here): hospital numbers are down (21 less people in infirmaries, eight less in intensive care. This latter detail may mean that the eight people no longer in intensive care are dead. This too is never explained in the daily bulletins).

Again, the term ‘recovery’ can be misleading. It does not necessarily mean someone who has been ill with Covid-19 has then recovered. It can just as easily mean someone who tested positive and never felt any symptoms at all and is now no longer testing positive.

Portugal’s ‘global active case count’ is also reducing once more (after weeks where it was seen to be increasing). The total as of today is 45,198 active cases.

Since the start of the pandemic, Portugal has seen 979, 987 people test positive for SARS-CoV-2, of which 17,422 (predominantly elderly) citizens have died: a percentage of less than 1 in every 100.

On the basis that the country has 10.3 million people, this highly-infectious virus has claimed the lives in Portugal of 0.16% of the population since the start of the pandemic.