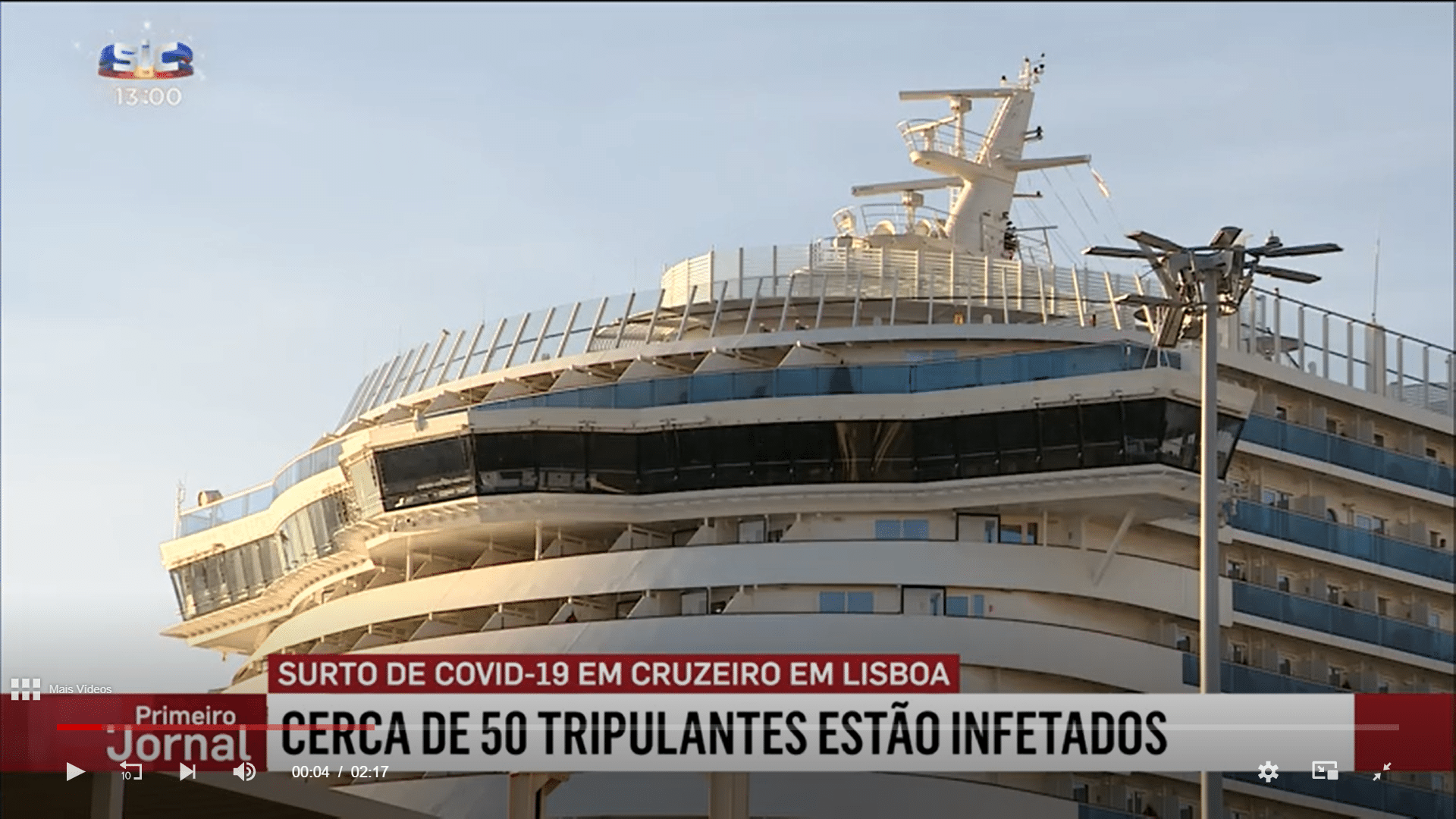 Covid-blighted cruise ship the AIDAnova, due to have left Lisbon today with a whole new crew (click here), has had to accept defeat after 13 further people (all fully vaccinated) have tested positive for SARS-CoV-2.

The fact that none are showing any serious symptoms (if they are showing symptoms at all) hasn’t been enough to ‘save’ the cruise. The owning company is calling it a day and beginning to disembark the more than 3,000 passengers plus 1,000-odd crew so that they can take flights home (mostly to Germany) from Lisbon airport (see note below).

Ports commander Vieira Branco has said there will be no risks in disembarking such a large number of people. All will have received negative tests before being allowed off the ship.

The new infections were detected mainly in crew members (another eight), plus in five passengers.

Everyone on board is reported to have been fully-vaccinated.

Note: scenes at Lisbon airport have been confused and chaotic today as crowds gather in order to be tested before taking their flights. ANA airports authority has said it will be beefing-up testing capacity, but appeals to travellers to try and get tested elsewhere in order to reduce the sheer numbers of people gathering in the airport complex. The situation has not been helped by Lisbon’s 11 free testing centres being closed today because it is Sunday.