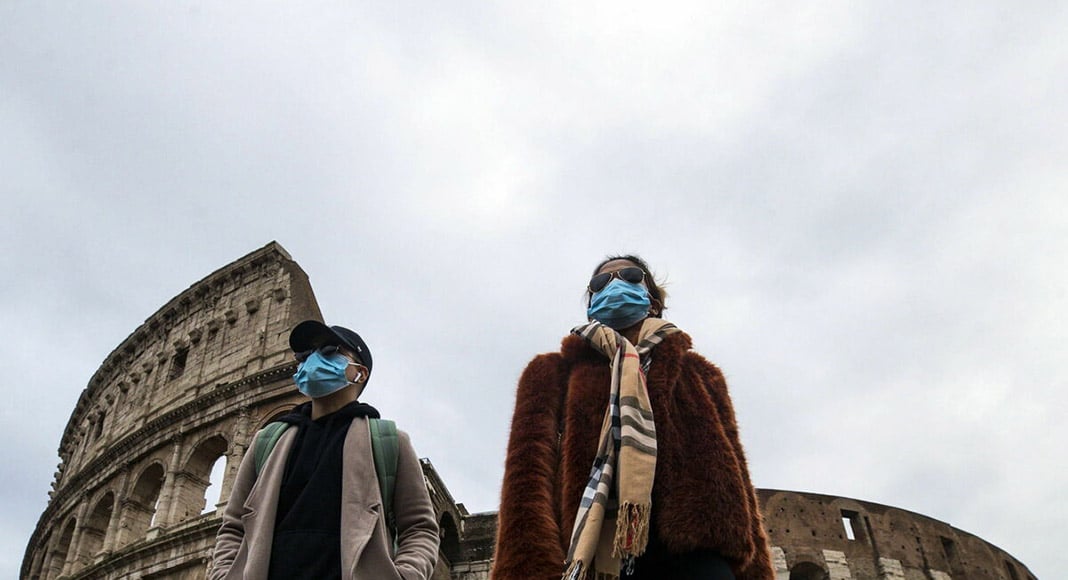 With a global pandemic at the door – and the list of countries affected in Europe increasing by the day – Portugal has wasted no time in preparing for Covid-19, the potentially lethal strain of Coronavirus that has so far killed over 2,700 people.

Director general of health Graça Freitas announced on Monday that the country has 2,000 isolation beds at the ready, of which 300 have ‘negative pressure’, an isolation technique that stops contaminated air escaping.

Five laboratories have been equipped to run tests to identify the virus – ensuring that even if there is a sudden wave of suspected infections, authorities will be able to keep up with demand for confirmatory testing.

INEM, too, has reinforced its fleet of ambulances, while passengers arriving at Portuguese airports will be greeted by a poster-campaign giving advice and information on numbers to call if any of them have concerns about their health.

TAP has already announced that it will not charge customers changing flight plans for Italy, which is now in a state of partial lock-down as the virus has spread from the north to the south of the country.

Students from the Algarve and elsewhere on Erasmus+ education exchange programmes were being flown back to Portugal as we wrote this text, with instructions to self-isolate if they feel unwell.

So far, only one Portuguese seems to have been confirmed as positive for the virus. He is Adriano Maranhão of Nazaré, a crewmember on the “Diamond Princess” cruise ship that has registered the highest number of victims outside mainland China.

Maranhão was transported out of the ship docked in Japan’s Yokohama harbour on Tuesday and is being cared for in a local hospital. His prognosis appears to be good. He hasn’t shown any of the worst symptoms yet and may end up being one of the 80% of victims who recover from this virus relatively easily.

But the other side of this galloping scourge is the form in which it is affecting the world’s economies.

In Portugal’s case, even without any victims on national soil (at the time of writing), various sectors have already been deeply affected.

Textile and clothing manufacturers, for example, started sounding warnings two weeks ago, while certain areas of tourism are also feeling the pinch.

In Lisbon, say reports, luxury shops are watching business ‘evaporate’ as fewer and fewer wealthy Chinese walk through the doors.

ECO online stressed over the weekend, if this outbreak continues for another couple of months, every business in Portugal will be affected.

Hoteliers hoping for a bumper Easter have already accepted it will almost certainly be anything but as people, particularly families, now view travelling through airports as a risk that may not be worth taking.

Shares of airlines and indeed travel companies have registered sharp drops this week, and some airlines have stopped running routes in and out of Italy ‘full stop’, as the list of European countries blighted has now reached 12 (Italy, Germany, Switzerland, the UK, France, Spain, Russia, Belgium, Finland, Sweden, Austria and Croatia).

The overriding concern about Covid-19 is that authorities are still not totally sure how it is spread. No-one appears able to say how long people can be infectious without showing symptoms – and there is no miracle medication. This is a virus (so antibiotics are useless) and in a reduced number of cases – particularly affecting the old or immuno-compromised – it appears to attack multiple organs.

Health advice is relatively basic: wash hands frequently with soap and water, cover mouth and nose when sneezing or coughing, use a protective mask if caring for someone with the virus or if in a healthcare setting.

Anyone feeling ill and concerned that they may have contracted Covid-19 is asked to call the health service 24-hour ‘hotline’ (808 24 24 24) and stay where they are until given instructions.

Unlike a number of European countries, Portugal’s Constitution doesn’t allow for authorities to impose quarantine. Thus, even nationals returning from Italy this week are for all intents and purposes free from any restrictions.

The EU also has balked at closing borders. The Schengen free circulation zone can be suspended in response to a “serious threat to public policy or internal security”, though any tightening is supposed to be a last resort, time-limited and restricted to the minimum needed to deal with the problem.
And so we wait, braced and ready: the business sector resigned.

No-one is under any illusions that Portugal can escape the effects of this downturn – or dodge the virus’ arrival on national soil. But hopes are that Covid-19 will be a short-term visitor so that the country can go back to doing what it does best, and tourism particularly can flourish.

16th and 17th suspected cases come back negative
Amid the global hullabaloo, Portugal has been quietly testing numerous suspect cases as they arrive back from overseas – most of them foreign residents arriving ‘home’ from China.

Up until time of writing, 17 people – including some Portuguese returning from Italy – have been given the all-clear.

A 16th – a Portuguese man returning from Milan’s shoe fair – received the all-clear after being kept in isolation at Porto’s São João Hospital, as did another national awaiting the results of tests in Lisbon’s Curry Cabral.

Five hospitals have been earmarked so far to deal with a possible outbreak (none of them in the Algarve). They are: Porto’s São João and Santo António, Curry Cabral, São José, Santa Marta and Dona Estefânia (for children) in Lisbon, and Coimbra’s university and paediatric hospital.

As we went to press, a total of 81,234 cases of Covid-19 had been officially registered in 40 countries, along with 2,769 deaths and 30,312 cases where patients have been deemed fully recovered.

Seven further people are being tested today after showing signs that they may be infected with coronavirus.

They are all people who flew home to Portugal recently from areas where the virus is present.

The general directorate of health (DGS) has stressed however that, for the time being at least, there remain no entry restrictions on people returning to Portugal from affected countries.

See separate story (to be uploaded shortly) on the DGS’ general recommendations.

Prime minister António Costa has stressed that it is inevitable that Portugal will register cases of coronavirus, given that the illness is sweeping the world.

Readers have begun contacting us over the lack of availability in some areas of protective face masks. The description in itself is deceptive in that numerous public health entities have said there is insufficient evidence to suggest members of the public should be wearing masks at all.

To quote from the Independent today “There’s little evidence they are very effective. They’re more beneficial if you have a virus and don’t want to pass it on than to prevent catching anything.”