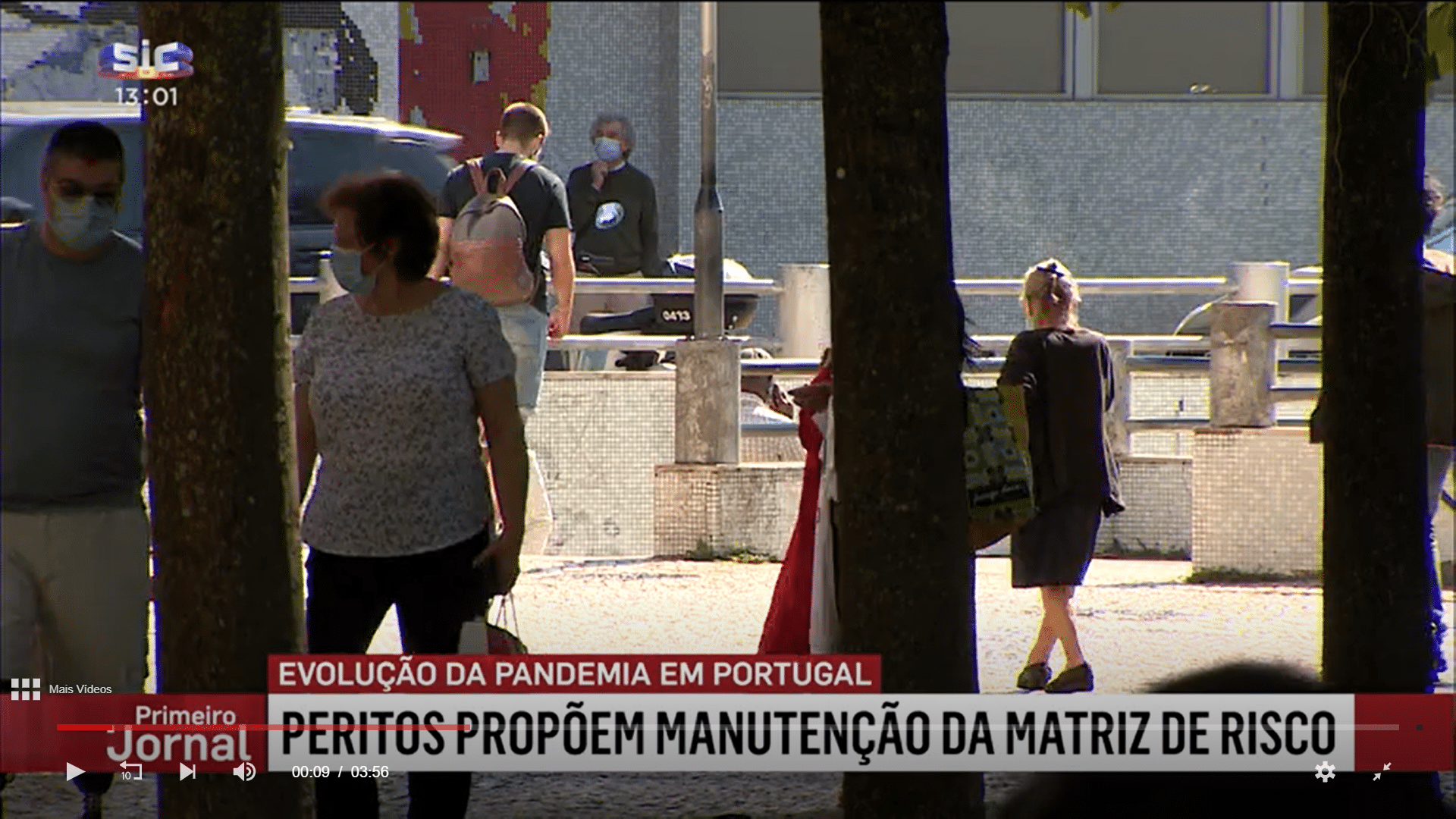 Today’s meeting of mathematicians, virologists and epidemiologists at Infarmed has heard that Covid-19 is “probably already endemic” within Portuguese society.

Henrique Barros, licensed in medicine and one of the handful of experts that has been advising authorities throughout the pandemic, stressed the virus is here to stay. Society can continue living with measures of individual protection as a way of managing risk of contagion – and being ‘obese’ does make all the difference, he said (meaning seriously overweight people are more likely to become very ill with the virus than people who have stayed at a reasonable weight).

Considering this was a meeting billed to ‘change the way Portugal has been dealing with combat’, very little actually came through this morning that was ‘new’.

Experts gave their own take on various aspects, but collectively they were against the idea of President Marcelo that it was time to ‘change the risk matrix’ to take the progress (and results) of the vaccination roll-out into account (click here).

Yes, the vaccines have made ‘an enormous difference’, but there was no obvious desire to make life any easier for people despite the fact that Covid-19 is now barely killing anyone, and rising case numbers are not impacting negatively on health services.

What did come out in the three or so hours was that:

But none of the experts reporting on the epidemiological situation seemed inclined to give municipalities any leeway in the  ‘risk matrix’ – in spite encouragement by President Marcelo, who told the meeting that while he will continue to “respect what the government decides, and what the specialists supply for the taking of that decision” he wants to call everyone’s attention to “the growing necessity to explain decisions to the public” – particularly as people are getting tired of restrictions in the face of what is becoming an increasingly reduced health drama.

This was where the plan to ‘reduce restrictive measures’ was presented by Raquel Duarte of Porto university’s institute of public health.

The plan consisted of (and we are using direct quotes here):

It is now a matter of waiting to hear what exactly the government decides as a result of this long and winding meeting.

Prime minister António Costa was given the opportunity to address the meeting after President Marcelo had expressed his frustrations over the risk matrix, but he declined.

Shortly after the meeting, the Friday bulletin reported that another 598 new cases had been detected in the last 24-hours (the majority of them in Lisbon) and one person had died after testing positive for Covid-19.

It is rare to be informed of the age or previous clinical situation of Covid fatalities which is why our reports are unable to give this information.

One less than positive detail from the bulletin is the fact that numbers in hospitals have increased by 13, and now stand at 246 people nationwide being treated for complications resulting from Covid-19.

UPDATE: Former Socialist health minister Adalberto Campos Fernandes has criticised the “tangle of rules difficult to perceive” that emerged from this meeting, warning that they are unlikely to win any kind of public support. Indeed, he believes the experts have ‘exaggerated’ risks, and that “the government has to have the courage to start liberating the economy”.

This was perhaps the first sign that decision-makers may well not take the experts advice on board.

During Friday evening’s news bulletins, it became clear that most parties in parliament have also been critical of experts’ caution and simply want society to be allowed to start living again.